Top hobby, team in the pit

Before six in the afternoon last Saturday, La Coruña was an excited city. 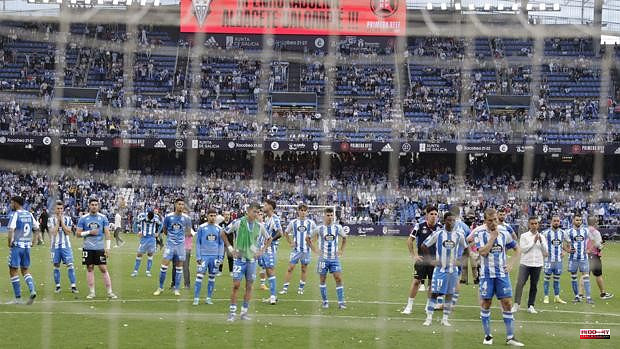 Before six in the afternoon last Saturday, La Coruña was an excited city. Deportivo, after two seasons of blush in the bronze category, was before a game in its stadium to recover its pride, return to Second and, in turn, to professional football. In front they had Albacete, another improper club of the First RFEF trained by Rubén de la Barrera, from A Coruña and coach of Deportivo last year, that convulsive season where those in white and blue did not rise either. You already know the outcome, the La Mancha team tied in the final minutes (when Borja Jiménez withdrew his best men from the field) and finished off the score in extra time. The Galicians were worth the tie to return to Second, but once again, the drama invaded Riazor.

It was no use being the richest team in the category; It was no use that attendance at the stadium during the campaign surpassed several First Division teams (13,000 fans on average) and that a blue and white tide was the star of the promenade in the run-up to the final; His shield and his historic club band were of no use.

With the defeat against Albacete, the former League champion confirmed a failure that had been announced since February as a wave breaking on the horizon. Depor started the campaign happy, they came in the lead in 2022 and on matchday 20 they had a six-point lead over the second-placed team, Racing de Santander: fast-track promotion was the primary goal. However, a week later, insecurities knocked on his door. Racing won 0-1 at Riazor and began a three-game losing streak for a stunned Depor. The Cantabrians stole the lead from him and never let him go. Meanwhile, the team from A Coruña lived in irregularity, gave up a lot of points away from home and was even slapped by Celta B; the subsidiary of his antagonist endorsed him a 2-1 to the delight of those from the Rías Bajas.

With the bullet of the direct ascent failed and after a winding second round, Deportivo, inevitably, was relegated to the uncertainties of the playoff. When they finished second in the league, the single-game qualifiers were played at home before a fan devoted to the cause despite the rudeness of their team on the pitch. In fact, in the semi-final against Linares, the encouragement of the oceanic stadium carried their team to 4-0. But on Saturday, despite dominating the scoreboard until the 82nd minute, De la Barrera's Albacete were the better team. Now, while La Coruña mourns, the future of the club and its coach is uncertain; a project designed to bring back professional football has died on the shore.

League champion in 2000, giant killer in the Copa del Rey final in 2001, the 'centenariazo', and owner of several of the most exciting squads from the beginning of the century, Deportivo will be ostracized for five years. The following will be his third season in the third tier of Spanish football, a dark labyrinth for a club accustomed to other comforts. Of course, his fans will never turn their backs on him. Riazor will fill up again next year.

1 Spain - Czech Republic live: Luis Enrique makes nine... 2 The heat wave will keep temperatures elevated at least... 3 The young man drowned in Navacerrada did not know... 4 A man dies in an accident in Cobreros (Zamora) and... 5 Fallin' Ángels at the InterContinental hotel:... 6 Minimum agreement between Republicans and Democrats... 7 Legislative in France: technical tie between Macron... 8 Jordan Díaz's stratospheric Spanish record in... 9 Impasse forces lawmakers from Iraq's largest... 10 Spectacular performance in the cathedral of Toledo... 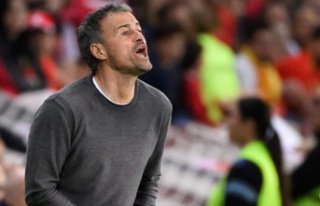