The Urbania Sailing Team is already in full dispute for the ORC World Championship, as the only Spanish representative in Class A. 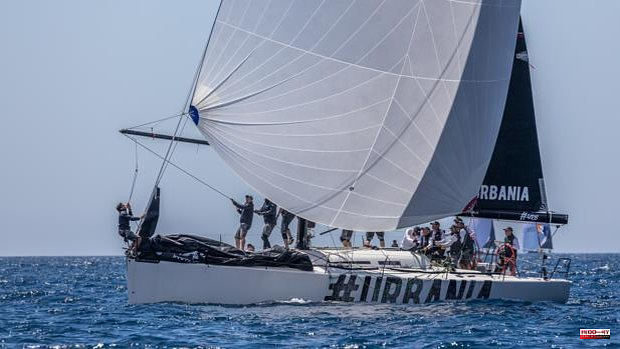 The Urbania Sailing Team is already in full dispute for the ORC World Championship, as the only Spanish representative in Class A. The first round of the contest, which takes place in Sardinian waters, is organized by the Yacht Club Costa Smeralda (YCCS) of Porto Cervo and the Offshore Racing Congress (ORC), has started at 11:25 am on Saturday, June 25. This is the high-altitude regatta, 169 nautical miles, which has a minimum duration of 24 hours, so the result will be known this Sunday, June 25.

The Spanish team faces 19 other boats in Class A, while the total number of entries between the three classes is 69 boats.

At the time this information was published, the Urbania Sailing Team was sailing along with the rest of the fleet off the north coast of Sardinia heading west-southwest towards Stintino.

The World Championship program, which ends on Thursday June 30, will be completed with various windward-leeward races starting on Monday and a short-sea regatta on Wednesday 29.

The Urbania Sailing Team is a project promoted by the skipper and sponsor of the boat, Tomás Gasset —co-founder and CEO of the real estate development, investment and project management firm Urbania— with the help of Iñaki Castañer, winner of 8 world titles and more than 30 nationals, who acts as sports director and tactician on board. The team sails aboard a DK 46, designed by Mark Mills, winner of 4 editions of the Copa del Rey, the most important regatta in the Mediterranean and the next challenge for the Spanish crew after the World Cup.

Last May the Urbania Sailing Team won the PalmaVela regatta, and in the Porto Cervo World Championship they hope to achieve a good classification in their first foray into foreign waters.

1 “Quantum” achieved his fourth Rolex TP52 World... 2 Irene de Tomás, European champion of ILCA 4 3 Bale finds a team in the United States 4 Sánchez blames "the mafias" for the assault... 5 An electric scooter causes a fire in the La Victoria... 6 These are the winners of the Royal Academy of Fine... 7 Some 90,000 people participate in the Pride Barcelona... 8 Mojados dedicates a cultural week to Carlos V 9 Pedro Sánchez: «My Government is beaten by the economic... 10 Warm farewell to teacher Mari Ángeles Delgado Barahona... 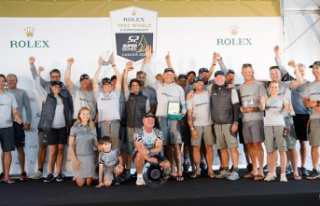