The tribute of young people to Juan Sebastián de Elcano, golden brooch of the International Week

If something is characterizing the regattas of the Juan Sebastián Elcano Trophy, within the City of Santander International Sailing Week, it is the joy, camaraderie and enthusiasm on the part of more than 80 very young athletes (Optimist and 420) from all over Spain who came to Cantabria. 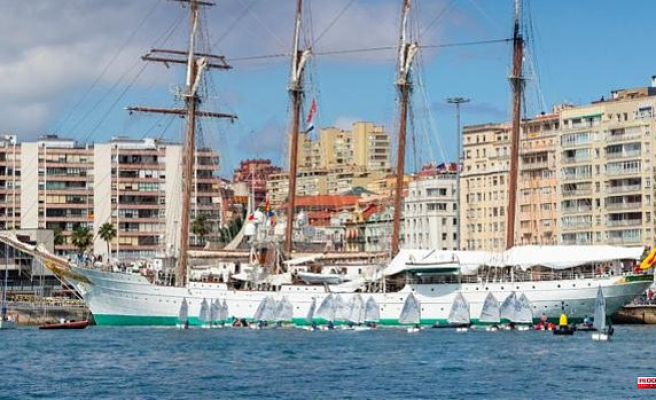 If something is characterizing the regattas of the Juan Sebastián Elcano Trophy, within the City of Santander International Sailing Week, it is the joy, camaraderie and enthusiasm on the part of more than 80 very young athletes (Optimist and 420) from all over Spain who came to Cantabria. And it is that these little sailors are giving a great lesson of passion for the sea and teamwork, premises that the Real Club Marítimo de Santander instills in them.

The Optimist and 420 fleets set sail at around 11:30 with barely four knots of wind but with a lot of enthusiasm and in the direction of Juan Sebastián Elcano, where they have made a small exhibition in honor of this naval jewel and which has been answered by the training ship with a ceremonial salute..

Resuming the competition after the tribute, the 420 and Optimist fleets established their regatta field in the moors of Santander Bay to carry out a total of two regattas per category.

The Optimist class has contested two tests on the day that have not changed the podium, although it is true that with the entry into play of discarding the worst score, the locker is compressed a lot and leaves options very open for the final day. Fernando Echávarri (RCMS) won the first test of the day and David Sales (RCMS) the second.

Among the 420, highlight the excellent role of the only female on the provisional podium after winning the two races of the day.

Cándela Escobedo and Juan Salas have managed to storm the second step of the podium and are just one point behind the leader (the Albo brothers), although tied with Juan Torcida and Juan Marcos. The last closing regattas ensure a lot of excitement since the caisson is much more than open in its three steps.

At the end of the tests, the coach in charge of the Regatta School of the Real Club Marítimo de Santander, Jorge Angulo, expressed his satisfaction with the development of this national event and the Cantabrian athletes: "The children are giving everything and the atmosphere is magnificent, with a lot of joy, teamwork and compadreo. I am really happy with the RCMS team. A fairly young team since we started this project a few years ago but it has all the drive and support without hesitation from the Real Club Marítimo de Santander, which is giving everything to promote the passion for the sea that we carry by flag”.

The City of Santander International Sailing Week is the legacy of the great Santander 2014 Olympic Class World Championship and the 2017 World Cup Final Series, and has the support of the Santander City Council, the Port of Santander, the Government of Cantabria, the Society , Lebaniego Jubilee Year, Sport Cantabria, IMD and V Centenary of the trip around the world

1 Arucas Oleaje Bodyboard Contest, the first scoring... 2 Vincent Riou analyzes the second edition of the Arctic... 3 Sua Moon, a 13-year-old girl in the semifinals of... 4 The tragic story of Caleb Swanigan, who died at 25,... 5 Barcelona cannot sanction Piqué or restrict his business... 6 Pau Gasol charges against Aragon for "politicizing"... 7 Sadio Mané, the cherry on top of the new Bayern 8 Thebes: "Al Khelaifi takes us all for fools" 9 Charles Oliveira's trainer: "We want to... 10 Joan Cardona: "Before I was dying to win and... 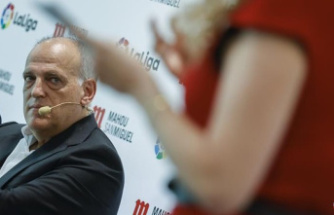 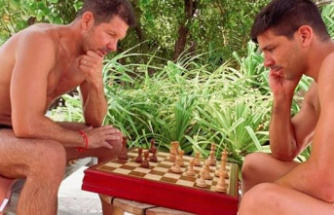 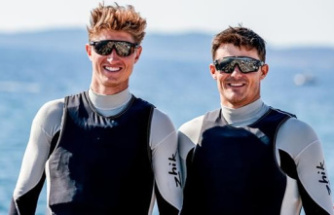 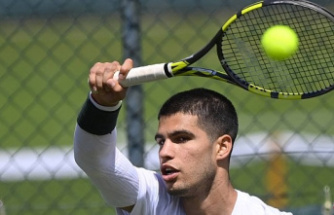 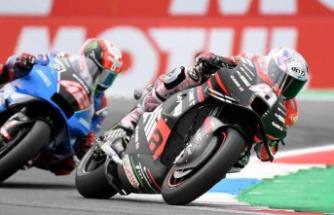 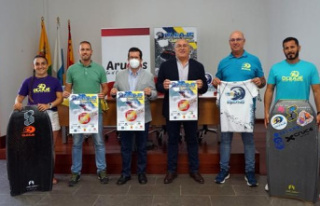