The Tour of Mallorca A3 begins

A total of 17 boats have taken the start today at noon of La Vuelta a Mallorca A3-Jaume Binimelis Memorial Trophy. 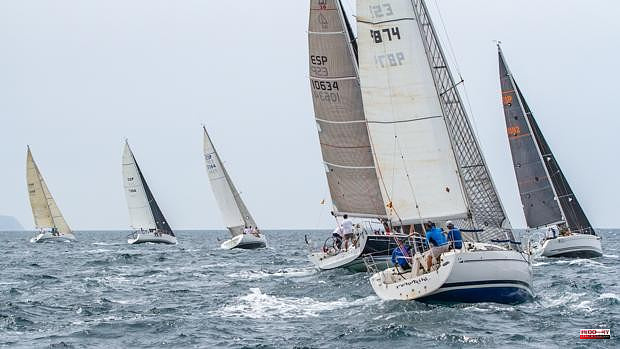 A total of 17 boats have taken the start today at noon of La Vuelta a Mallorca A3-Jaume Binimelis Memorial Trophy. The competition organized by the Real Club Náutico de Palma brings together ORC-certified cruise ships with a crew made up of three sailors.

The organization has finally opted for route number 1 of the regatta instructions for this edition of the race, which supposes the return to Mallorca in the opposite direction to the waters of the clock, leaving the island to port.

The fleet has set course for Cablo Blanco at 12.00. The RCNP regatta officer, Gaspar Morey, explained that the start took place with a south-westerly wind of about 13 knots that allowed the boats to round an off-marking buoy located 1.2 miles away in a short time.

The wind has dropped to two or three knots after crossing the Bay of Palma and the fleet has suffered the first calm. At Cape Regana, the intensity has again increased to seven knots and Gaspar Morey has pointed out that, "according to the weather forecast, the fastest boats are expected to complete the circumnavigation in around 35 hours".

The participants of this Vuelta a Mallorca are divided into two groups, depending on the certificate of each boat. Those of greater length run grouped in the ORC 0-2 class, while the medium and small ones do so in ORC 3-4.

The boats are quite grouped in these first hours of the regatta and sail close to the coast with the JV 42 Modul in the lead, followed by Gabriele Pohlmann's Meerblick Fun. The position of the participants can be consulted through the Sailing Control tracking system at the following link

The VIII Volta a Mallorca A3 pays tribute to Jaume Binimelis, historic commodore of the Real Club Náutico de Palma and owner of the Petrouchka III, with whom he won three editions of this regatta and two of the Middle Sea Race, the return to Sicily from Malta. Binimelis passed away on October 14, 2018 while participating in the Palma-Andratx regatta.

1 When does the Shein 'pop up' store in Madrid... 2 Silvia's family, in a coma after a cosmetic operation:... 3 Round trip ocean races for the IMOCA and Ultim 32/23 4 Nadal: "I'd rather lose the final for a... 5 The J Class will star in the Super Yacht Cup that... 6 Luky Serrano: "There are no judges and officials... 7 Paco Tous and Luis Zahera star in the shocking short... 8 Netflix, from Galicia 'to heaven' with Luis... 9 Acquisitions of nationality grow by 50% in Castilla... 10 These are the cheapest hours of electricity this Saturday,... 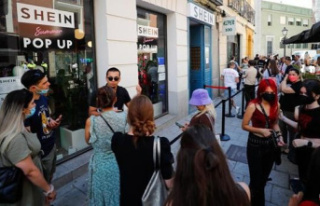 When does the Shein 'pop up' store in Madrid...