The sons of Scottie Pippen and Shaquille O'Neal, to the Lakers

The future of the NBA made an appearance at the Barclays Center. 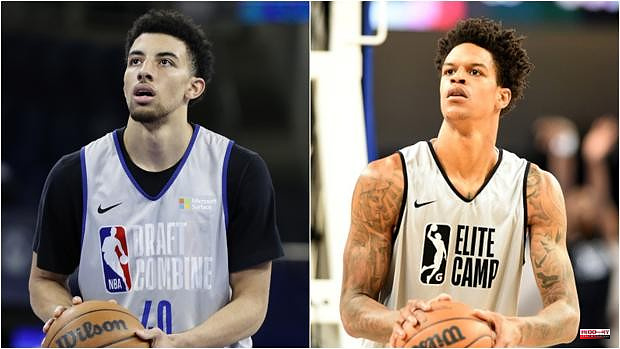 The future of the NBA made an appearance at the Barclays Center. The home of the Brooklyn Nets, as usual around these dates, was transformed early this Friday morning into the venue for the draft ceremony, an intense night, full of calls and gossip, in which the 30 franchises in the league Americans choose for their squads the great promises of the world of basketball. Number one went to American Paolo Banchero with an Italian passport, who will play for the Orlando Magic next season. With the second choice, the Oklahoma City Thunder opted for the striking physique of Chet Holmgren (a forward of 2.13 meters) and Jabari Smith, who had all the ballots to be the number one pick, was chosen in third place and will bring his talent to the Houston Rockets.

Once the 87 lucky ones who will have a guaranteed professional contract next season have been selected, it was the Los Angeles Lakers, after a disastrous season, who decided to add some spice to the after-dinner table. Among the dozens of players who did not manage to be 'drafted', two youngsters stood out, more for their illustrious surnames than for their performances on the pitch, and the Californians, without much to say during the event (they shed most of their 'picks' in 2019 by signing Anthony Davis), they decided to bet on the inheritance: Scottie Pippen Jr, son of Scottie Pippen (six NBA rings), and Shareef O'Neal, son of Shaquille O'Neal (four rings) They became new players in the most successful franchise in history, although it will not be easy for them to gain a foothold in the Los Angeles rotation.

Pippen Jr. (21 years old) has shown in the last three seasons at Vanderbilt University that he is a tenacious scorer despite his scant 185 centimeters, an obstacle that has left him without a place in the draft. Despite everything, the Lakers will sign him a 45-day renewable contract in which he must show that he can be a useful piece in the rebirth of the team. Scouts see something special in his basketball. It is more complicated for Shareef, who will play the preseason with the Lakers but with nothing guaranteed for the start of the competition. The 22-year-old center (2.11 meters) has decided to turn a deaf ear to the advice of his father, who saw him green to make the leap to the NBA this summer (in his last college season he only averaged 2.9 points per game ), alleging that destiny was calling him: «It was incredible to put on that kit, as if I had been born to play for the Lakers. I grew up cheering for this team, so this is a dream, a great honour. It is the team in which my father won rings.

Family sagas thrive in the NBA. Gary Payton II, son of the legendary Gary Payton, has just become champion with the Golden State Warriors, a team led by Stephen Curry, offspring of Dell Curry, respected shooter with a 14-year career behind him, and brother of Seth, shooting guard for the Nets. Domantas, son of Arvydas Sabonis, also runs around its courts, although it is the lineage of LeBron James, 'Bronny', the one that attracts the most attention, since the Lakers star has assured on several occasions that he wants to retire with his son, who will be able to land in the NBA next year: "Where he is, there I will go."

1 FINA does not allow Anita Álvarez to compete in the... 2 The war continues over the failed bid for the 2030... 3 Cilic, Auger-Aliassime and Tsitsipas, on the way from... 4 This is how inflation affects the Formula 1 World... 5 "The atmosphere at Real Madrid is neither professional... 6 Paolo Banchero, Italian surprise for number one in... 7 The collection of a Spanish champion to be able to... 8 Alcaraz, with little margin against Wimbledon 9 Champions Gambit: deciphering the chess format that... 10 Anti-sheikhs clause and double salary: Rodrygo's... 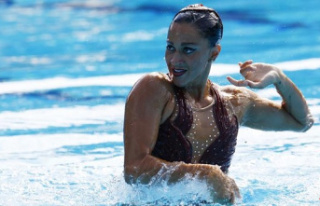 FINA does not allow Anita Álvarez to compete in the...