The Rolex Giraglia begins in Saint-Tropez

For seven decades, the Rolex Giraglia has promoted a passion for the sport of sailing. 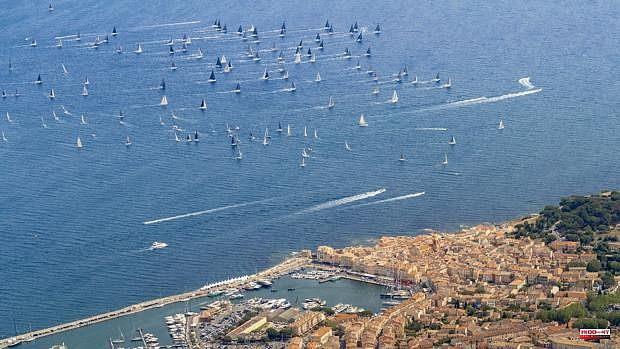 For seven decades, the Rolex Giraglia has promoted a passion for the sport of sailing. From June 11 to 18, it will celebrate its 69th edition, recovering the format that it had to abandon in the last two years due to the pandemic, and which combines a series of intense coastal regattas in the Bay of Saint-Tropez with the legendary high-altitude race. to the Giraglia rock, an icon of the Mediterranean. At 42 meters long and more than a century old, the schooner Mariette of 1915 will set the double record for the largest and oldest boat in the rich history of a regatta that preserves the best traditions of sailing.

Founded in 1953 to help unite the French and Italian nautical communities after World War II, the Rolex Giraglia has retained a strong Franco-Italian spirit while attracting an international fleet that this year will comprise nearly 150 boats out of twenty of countries.

The event is organized by the Yacht Club Italiano (YCI) and the Société Nautique de Saint-Tropez (SNST), two loyal Rolex partners committed to maintaining the spirit and appeal of this historic competition. As title sponsor since 1998, Rolex has always appreciated the continuity and tradition preserved by its organizers and shared by its participants. The Swiss watchmaker celebrates 25 years of relationship with the YCI.

The main event of the Rolex Giraglia is the 241 nautical mile (446 km) high seas race from Saint-Tropez to Genoa, Italy via the Giraglia rock, located approximately one nautical mile (just two kilometers) from the northern tip of corsica. As in other great regattas, the Giraglia acts as a symbolic crossing point.

The offshore regatta starts at noon on Wednesday, June 15. Once out of the Gulf of Saint-Tropez, the route is essentially divided into three segments: The first, to the La Fourmigue beacon, opposite Cannes, followed by the two long stages to the Giraglia rock and then to the finish line opposite to the YCI headquarters in Genoa. The last stage is usually decisive. The fastest boats typically complete the course in the first 24 hours, while the majority of the fleet can take a day longer. This relatively condensed race gives crews little respite and intensifies tactical decision-making. The most coveted prize is outright victory in corrected time, which throughout the history of the Rolex Giraglia has mostly gone to amateur teams against more illustrious competitors. In 2021, the victory went to the French Imagine, a 43-foot (13.1 m) manned by Gilles Argellies and Jean-Claude André. His is a typical story of many Rolex Giraglia competitors: years of collective dedication, perseverance and learning pay off.

Victory in real time is usually the preserve of the great boats, protagonists of epic sprint duels to complete the course in first place. The race record has remained unchanged for a decade, since the 100-foot Esimit Europa 2 (30.48 meters long) set a time of 14 hours, 56 minutes and 16 seconds in 2012, when the race finished in Sanremo. .

A fleet with a record included

Among the impressive fleet that will compete for this 69th edition, the long-awaited debut of the FlyingNikka stands out, a 60-foot (19-meter) equipped with foils and built in Valencia that is destined to revolutionize the exclusive niche of maxis. If he lives up to the odds, he'll be a tough contender for real-time victory alongside 100-foot behemoths like Furio Benussi's ARCA SGR, Sir Lindsay Owen-Jones and Tango's Wallycento Magic Carpet Cubed, or the 107-foot (32-foot) Wally. .6 meters) Spirit of Malouen X. In the speed race there are also very fast Maxis such as Peter Dubens' Northstar of London, Sir Peter Ogden's Jethou, Dario Ferrari's Cannonball or Alessandro Del Bono's Capricorno. Among a very heterogeneous fleet, a large number of Class 40 units stands out, others more oriented to cruising and vintage ships that seek to claim the Giraglia Classic. The impressive Mariette of 1915, a 42 meter long schooner launched in 1915, will set two new records for the regatta: she will be the oldest and the largest boat in the 69-year history of the Rolex Giraglia.

1 Historical lesson of the Belgrade Partizan to its... 2 The European Sailing Brotherhood presents the Oceanic... 3 Karius says goodbye to the goal of his nightmares 4 Llop responds six months later to the reinforcements... 5 Good perfume in a small bottle 6 Inés Guillén, from Castile-La Mancha, new president... 7 Maduro visits Algeria in the midst of a diplomatic... 8 Repsol sells 25% of its renewables business to EIP... 9 Naturgy and Cepsa are following the conflict in Algeria... 10 Ibiza hosts for the first time the Cutty Sark Spirit... 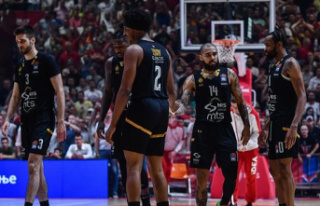 Historical lesson of the Belgrade Partizan to its...