The Roland Garros awards: do men and women earn the same?

Roland Garros does not distinguish between men and women when it comes to distributing the prizes. 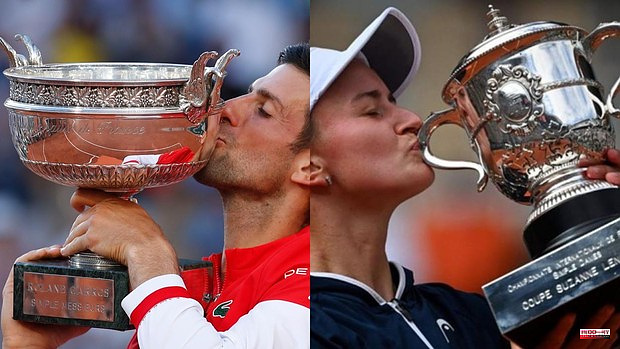 Roland Garros does not distinguish between men and women when it comes to distributing the prizes. In fact, tennis has been one of the pioneering sports in terms of equal pay. It has been a long road, but in the four Grand Slams of the circuit there is no controversy about how much the winners of the men's and women's draw are paid.

It is true that in the case of the US Open this rule has been in force for much longer than in other tournaments. Specifically since 1973. All this thanks to the initiative promoted by one of the best tennis players in history. Billie Jean King won the contest in 1972, but seeing that she received $15,000 less than the male winner, Ilie Nastase, she threatened not to play the next edition.

It was an absence that the organization could not afford under any circumstances.

28 years passed until another of the four Grand Slams decided to follow in the footsteps of the US Open. It was the Australian Open, which in 2001 also made the decision to equalize the economic distribution of men and women.

Five years later it was the turn of Roland Garros. Since 2006 the winners of the Gallic championship have been paid exactly the same, without any kind of distinction.

Finally, Wimbledon has been the last Grand Slam to match prizes. 34 years separate the historic moment of the US Open until the English, in 2007, adopted this measure.

1 International Documentation Day is an opportunity... 2 <<'El Cazador' is a candy and the... 3 Artemis 1 rocket fuel load dress failure test 4 Spanish is the language that teaches computers how... 5 Fans will have the ability to report incidents during... 6 FEF studies condemn Tebas' alleged encouragement... 7 European justice supports the liquidation Banco Popular... 8 The Court of Auditors approves of the expenses derived... 9 Andalusia will encourage direct assistance to the... 10 Batet will be notified by the PP that the control... 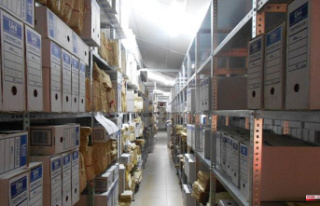 International Documentation Day is an opportunity...