Since the times of the Cold War, politics in chess had not been so important. 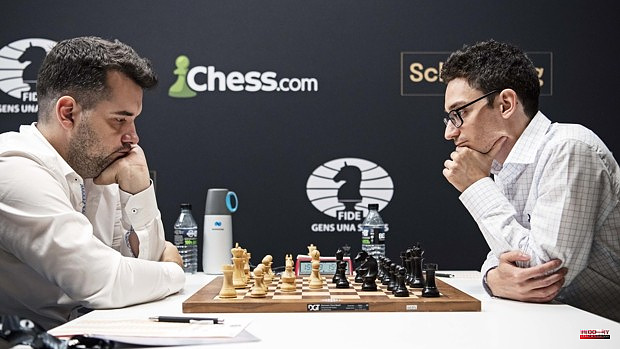 Since the times of the Cold War, politics in chess had not been so important. A crucial Candidates tournament is being played in Madrid. The winner will challenge the world champion. The International Federation (FIDE) vetoed Sergey Karjakin's participation because of his enthusiastic support for Putin and the war in Ukraine, but allowed his compatriot Ian Nepomniachtchi, a surprising and outstanding leader, to participate. Some remember now that it was a mistake. He is the candidate hated by 'everyone', an anti-hero whose dominance is beginning to pose a problem.

In 1972, the entire world took sides for or against Bobby Fischer, the first Westerner to challenge Soviet rule. He balanced the collective affection with the fact that his rival was a gentleman, Boris Spassky, admired by all.

Half a century later, the circumstances are very different. In Madrid there are two Americans and only one Russian, but few want the latter to win, who walks through the Palacio de Santoña with amazing calm. So do at least two of his assistants, as if the entire team wants to show that he doesn't have tricks up his sleeves.

This Sunday, Nepo has signed an almost insulting draw, in less than an hour and without disheveled, against Ding Liren, a shy and charming guy who has appeared in Madrid without a team. In chess money is also important. The great Chinese master lives like a monk without ever leaving his hotel room. He has been left hanging in the head and it seems as if he does not want to bother anyone. For Nepo, a draw with White seemed like a daring strategy, with Fabiano Caruana only half a point away, but he had a dramatic eighth day.

The Italian-American player, whose parents have a house in Majadahonda, suffered for more than six hours in a life or death game against his compatriot – but not friend – Hikaru Nakamura. Fischer accused the Russians of playing as a team in the Candidates tournaments. With his complaint, he managed to dismantle the league format, which was replaced by the playoffs, where agreements are not possible. Now that everyone is playing against everyone again, no one can accuse the players from the United States, the only ones who repeat nationality, of agreeing on their results.

Nakamura had the game won for a long, long time, but the position was really complex and Caruana resisted like only he can. There were mistakes on both sides and also brilliant moves, until the balance tipped on White's side. His defeat today forces Caruana to beat Nepomniachtchi to prevent the Russian from continuing to walk until the end of the tournament.

Caruana, by the way, was very critical of Richard Rapport yesterday, because of the way he lost to Nepo. "To be honest, I felt a little bad. It's one of the most amazing games I've seen from an elite player in a long time. It was a very well known line. You can't play it with white and if you do, you accept the draw." Fabiano even spoke of some kind of "hypnosis" suffered by the Hungarian, a word that had not been mentioned in chess for decades.

To all this, Magnus Carlsen, world champion, does not want to face Nepo or Caruana again, more out of boredom than fear. There is something arrogant in his position, but there will be time to discuss it. Today the main problem for world chess are the voices that question again that he has been allowed to participate in the most important competition of the year.

Interestingly, grandmaster Peter Heine Nielsen, a member of Carlsen's team, is one of those who most insists that the Russian should have been punished, a position led by former champion Garry Kasparov, perhaps Putin's main opponent in the world. One of his Nielsen arguments is that it will be impossible to prevent the Russian oligarchs who sponsor Nepo from taking advantage of his presence at the world championship final for propaganda purposes.

Yuri Garrett, president of the ACP (Association of Professional Chess Players) adds that Nepo should not be able to play just by changing his flag to FIDE's. In his opinion, he should only be allowed to participate in a competition like the Candidates if he changed Federations.

Dana Reizniece-Ozola, director of the tournament, recalled that Nepo was recently forced to remove a logo from his clothing, since he was promoting "noted" companies. Similarly, when the war in the Ukraine broke out, FIDE severed its ties with some of its Russian and Belarusian sponsors, which initially dealt a delicate financial blow to the organization.

Not everyone shares the idea of ​​punishing Nepo. The Spanish grandmaster Miguel Illescas believes that athletes are not to blame for the actions of their rulers and wonders why not then punish athletes from other countries where human rights are not respected. "FIDE is a sports organization that should stay out of politics as much as possible," says the eight-time champion of Spain.

Also in the eye of the storm is FIDE's own president, Arkady Dvorkovich, who continues to be discussed by more and more opponents for his close ties with the Putin government. The former economic adviser and deputy prime minister of Dimitri Medvedev has distanced himself from his old responsibilities, but a few weeks before the elections in which his re-election is at stake, his rivals do not stop remembering his connections every time they have occasion.

Controversies aside, the still Hungarian Richard Rapport won his first game, a deserved award, against the Polish Jan-Krzysztof Duda. In the last duel of the day, Alireza Fioruzja tried for hours to break the resistance of Teimour Radjabov, in the duel between bottom players. At the close of this chronicle they were still entangled in the subtleties of pawn, rook and queen endings.

1 Ferran Soriano, executive director of Manchester City,... 2 Morocco digs 21 graves to bury immigrants killed in... 3 At least five dead and 500 injured when a stand collapses... 4 The murderous basement of the Manuel Carmona street... 5 More than 1,600 minors are serving sentences for committing... 6 Madrid, armored and blocked by the NATO summit until... 7 Redexis: Green hydrogen, the key to a zero-emissions... 8 Spain bets big on the sustainable revolution of green... 9 The opportunity to structure the country on a new... 10 Nadal forgets the foot, Wimbledon begins 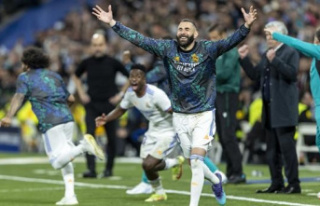