The brothers Gustavo and Rafael del Castillo, champions of the Snipe Canary Cup 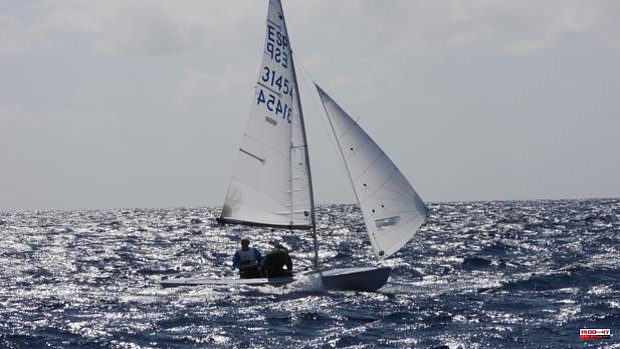 The brothers Gustavo and Rafael del Castillo have won the gold medal in the Snipe Class Copa de Canarias Naviera Armas- Trasmediterránea, held this weekend in Lanzarote. Twice runners-up in the world, three times European champions and five times in Spain, the sailors from the Real Club Náutico de Gran Canaria leave this regional event with "good feelings" to face their next commitments.

“We are happy with the sensations ahead of the Spanish Cup, -at the end of the month in Cádiz-, and the World Cup -in Cascais in August-, because competing with the rabbit fleet with a lot of wind is always the best reference we can to have”, says Gustavo del Castillo.

The intensity of the trade wind, -which reached a maximum of 25 knots- led to two “hard and complicated” days of regatta, in which, however, the planned program of 6 sleeves could be fully disputed.

The silver medal went to Alejandro Bethencourt and Jorge Padilla, crew of the Náutico de Arrecife, the organizing club of the tournament by delegation of the Royal Canarian Sailing Federation, and the bronze medal went to Jorge Pérez and Airám Rodríguez, sailors of the Royal Nautical Club of Tenerife (RCNT).

1 Officials say dozens are dead in a 'Satanic"... 2 China rejects charges from Australia and Canada in... 3 South Africa's President is under investigation... 4 Formoso shows his disappointment after confirming... 5 Page announces that it will create the Transparency... 6 Closing in Villaseca the XXIV Benjamín La Sagra Football... 7 The driver of an electric scooter, injured in a collision... 8 Bordalás leaves elegant: «If Rafa Nadal does not... 9 Mexico's president's party wins 4 out of... 10 17 confirmed cases of monkeypox in the Canary Islands,... 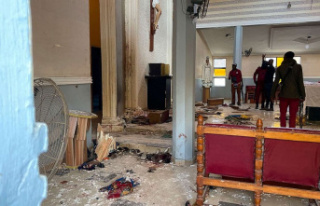 Officials say dozens are dead in a 'Satanic"...