With an amazing comeback in the fourth quarter, the Boston Celtics beat the Golden State Warriors 120-108 on Thursday and took a 1-0 lead in the NBA Finals. 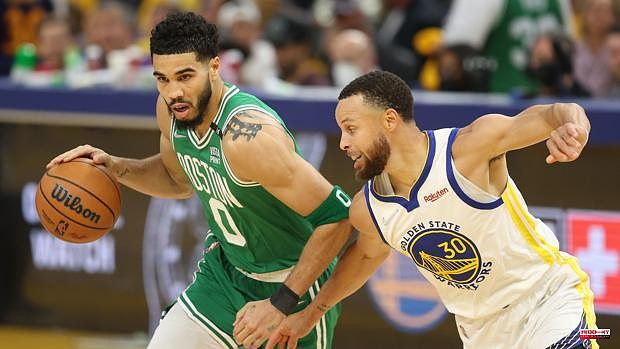 With an amazing comeback in the fourth quarter, the Boston Celtics beat the Golden State Warriors 120-108 on Thursday and took a 1-0 lead in the NBA Finals.

Stephen Curry's Warriors (34 points) had a 12-point lead entering the fourth quarter when they collapsed to see the Celtics take the win with a 40-16 final quarter.

Making his debut at the age of 36 in the Finals, like the rest of the Celtics, the Dominican Al Horford had 26 points and 6 triples that made up for a discreet night by the star Jayson Tatum (12 points and 13 assists).

"It's been a lot of fun," Horford said of his big-stage debut.

"I always try to play the right way and stay prepared for the shot and my guys found me tonight."

Shooting guard Jaylen Brown, with 10 of his 24 points at the start of the fourth quarter, and backup point guard Derrick White, with 21 points and 5 triples, also shone for the Celtics, who are competing for their first ring since 2008.

The Warriors, who are contesting their sixth Finals in the past eight years, controlled the scoreboard for most of the game, buoyed by a record first quarter from Stephen Curry.

At 34 years old, the point guard opened the Finals scoring with a triple and then added five more in the first quarter alone, which ended with 21 points.

Those 6 3-pointers, in eight attempts, are the record for a quarter of a Finals game while no one had managed to add 21 points in a first quarter of a title game in the last half century.

Curry and his partners Klay Thompson (15 points) and Draymond Green (4 points and 11 rebounds), who are chasing their fourth ring together since 2015, will try to even the tie on Sunday again at the Chase Center.

1 Castilla y León practices last year two of the ten... 2 Madrid metro line 6 cut due to technical incident 3 Sacyl only covers 74 of the 314 resident doctor positions... 4 Mañueco: «The debt is the poverty that our children... 5 Board and Government criticize each other for their... 6 Turkey changes its name in all languages ​​and... 7 Marc Márquez, successfully operated on the arm 8 Aketxe's great goal that returns the illusion... 9 Kilometric queues for the second consecutive day in... 10 The Diputación de Alicante transfers its discomfort... 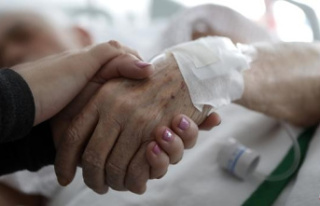