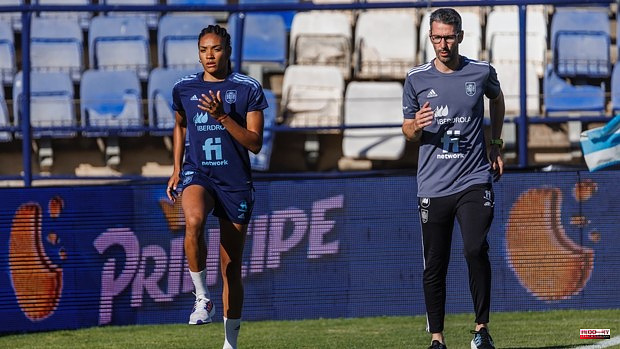 Salma Paralluelo, Villarreal's 18-year-old striker, is the great novelty in Jorge Vilda's definitive list for the European Championship. She was already in the pre-list, and now confirms the surprise after the coach has made public that the discards after this first phase of concentration are Amaiur, Ainhoa, Zornoza, Abelleira and Nerea. Nor will Jennifer Hermoso be in the final phase of the championship, who was absent at the beginning of the concentration due to a grade two sprain of the internal lateral ligament of the right knee.

Spain thrashed Australia (7-0) last Friday in the first warm-up friendly, a match in which Vilda carried out her last tests before shutting herself up for the weekend to reflect on her chosen ones.

This Friday, the Spanish women's team will play their last friendly match before the start of the tournament against Italy. Afterwards, he will travel to England, where on July 8 he will make his debut against Finland in the group stage. On the 12th they will face Germany and will close that first phase against Denmark, on July 16.

1 The PSOE hangs the LGTBI flag from the windows of... 2 Toledo City Council displays the rainbow flag to express... 3 Runners will have a discount to travel with Renfe... 4 Aspace demands a comprehensive plan so that people... 5 ETA victims demand from Congress that there is no... 6 A large-scale cocaine trafficking criminal organization... 7 The court agrees to stop the 'puncture'... 8 Virologist Luis Enjuanes warns of a 99% loss in the... 9 Toledo doctor David Dylan publishes 'In the silence... 10 CSIF affirms that 600 educational and sign language... 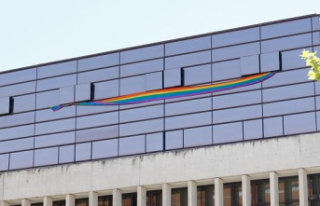 The PSOE hangs the LGTBI flag from the windows of...