Switzerland does Spain a favor and beats Portugal without Ronaldo

Switzerland, with hardly any options at the bottom of the group, stopped Portugal in its tracks in this Nations League. 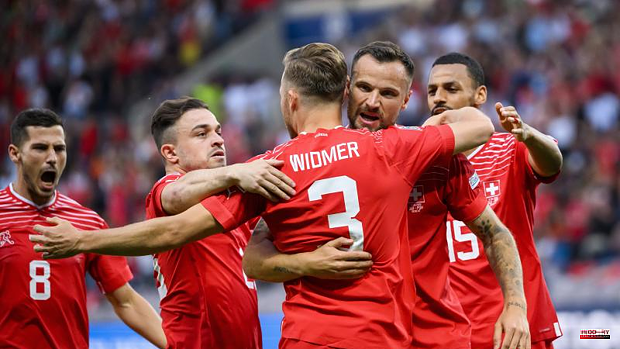 Switzerland, with hardly any options at the bottom of the group, stopped Portugal in its tracks in this Nations League. Spain thus benefited because this defeat of the Iberian neighbor was very good for the Luis Enrique boys because, in this way, they climbed to the top of the classification.

It's not that the Swiss played fast-paced football, which they didn't, but the simple virtue of order was enough to keep the red-and-green team at bay, who missed Cristiano Ronaldo's leadership.

Seferovic, a Benfica player, put the only goal on the scoreboard for the Swiss at 56 seconds with a great header and, from then on, it was clear that the night without the United striker could end as it finally did: with a step behind the Portuguese team in this race in which there are only two days left, already in September.

The Portuguese team tried to rectify by taking out Gonçalo Guedes after the break and, shortly after, Bernardo Silva in search of a turn that never came. Diogo Jota, from Liverpool, also joined the attempt to turn the match around

And Omlin, the Swiss goalkeeper, multiplied throughout the evening to keep a clean sheet.

Fernando Santos himself had announced it in advance: Ronaldo would not move to Geneva due to "physical management", a somewhat euphemistic expression that sparked some speculation.

The veteran Portuguese coach explained: “They are not physical problems, it is just normal management. It would not make sense for 26 to travel to Switzerland, when only 23 can be in the team”. The fact is that the absence of the star striker of the 'red devils' has coincided with the decision of an American judge in his favor in the lawsuit against him for alleged rape of an American citizen.

1 Luis Enrique: «What I said about Gavi? He is very... 2 Highlights: Naoya Ioue vs. Nonito Donaire 2 results,... 3 Jermall Charlo and Maciej Suulecki are postponed due... 4 Lloret: "Before running as a candidate, I asked... 5 Boxing Pound for Pound Rankings: Naoya Inoue rises... 6 George Kambosos is still challenging Devin Haney in... 7 After weighing in for Showtime's PPV bout, Gervonta... 8 Devin Haney vs. George Kambosos prediction, odds and... 9 David Benavidez is undefeated thanks to dominant third-round... 10 Edgar Berlanga vs. Roamer Alexis Angulo: Fight prediction,... 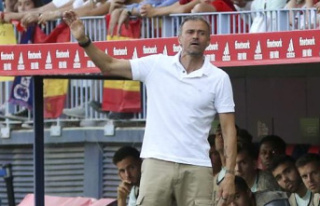 Luis Enrique: «What I said about Gavi? He is very...