Swiatek, richer than Nadal in 2022

There is talk of equality in sport, but it is an achievement that has not yet been completed. 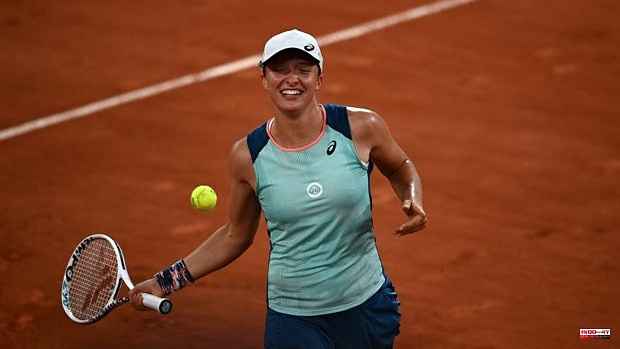 There is talk of equality in sport, but it is an achievement that has not yet been completed. Tennis, however, is one of those sports in which, with perseverance and a lot of push from many and a few, they have managed to match almost all the prizes for both circuits. The four Grand Slams distribute the same check for the champion and the champion, although not all did it at the same time. The US Open was the pioneer, with equal distribution since 1973. In 2001 the Australian Open was added. In 2006 Roland Garros did it. And Wimbledon, the most reluctant, in 2007. To point out the difference, in that last unequal edition of 2006, Roger Federer received 946,000 euros as the winner, and Amelie Mauresmo, 903,000.

And with equality, Iga Swiatek becomes the tennis player with the most accumulated prizes in the year on the tennis planet, whether her last name is female or male. More than Rafael Nadal, more than Carlos Alcaraz, more than anyone.

The Polish climbs to the leadership of this ranking of money received for titles although until the day before yesterday the dispute was still in the air. A controversy that finally seems to have been left behind. At least in the public arena. Historically, there have been loud voices defending the differences in prizes due to the difference in the sets, or in attracting the public or in ticket sales. There were the words of Ion Tiriac: "The day that women's tennis generates more than men's, women will deserve more prize than players." Novak Djokovic also pointed out: "Tennis players should thank Nadal and Federer." And there were also other men who defended the opposite, like Andy Murray: "They make the same sacrifices as us."

Although still this past March, Stefanos Tsitsipas commented: "If they win the same, maybe they should also play the best of five sets." Already Victoria Azarenka, in 2019, countered this argument: «Perhaps men should play the best of three sets. Some very long matches in which the tennis players are very tired would be avoided. In fact, the four Grand Slams have agreed to limit the fifth set, which now entails a super tie break that limits court time.

The number 2 in the WTA ranking, Anett Kontaveit, has also won six titles, but in a lower category in general, for which she has added 4,326 points and 640,000 euros. Paula Badosa, number 3, conquered the Sydney title and has pocketed 1,151,909 euros so far.

Comparisons are difficult, as Swiatek and Nadal have not played exactly the same tournaments or the same category or the same number of rounds. But they are both number 1 in earnings in their respective circuits. It is the Balearic Islands that adds the most titles in this 2022: he conquered the ATP 250 in Melbourne (almost 82,300 euros), the Australian Open (2,758,640 euros), the ATP 500 in Acapulco (326,124 euros) and his fourteenth Roland Garros ( 2,200,000 euros), has added 5,620 points that have kept him at the top of the classification for the Masters Cup since January. Nadal has played fewer tournaments than Swiatek, seven, and although he has added the maximum prizes of the first two Grand Slams of the year, his prize money is somewhat lower: almost 5,370,000 euros.

Swiatek doesn't know what it's like to lose a match, since February 16, in the second round in Dubai, against Jelena Ostapenko. And she wants to keep adding euros to her bank account. Also to bite into history, like his idol Nadal. There are 35 consecutive wins, like those achieved by Venus Williams in 2000, but she has many challenges ahead: Monica Seles (36), Martina Hingis (37), Chris Evert (55), Margaret Court (57), Steffi Graf (66) and Martina Navratilova (74). Swiatek, for the moment, number 1 of all, of the planetary tennis, with the feminine and masculine surname. She more wins than anyone (44), more trophies than anyone (6), more money than anyone.

1 Why does Carlos Sainz have a frustrated gesture on... 2 Niacaragua allows entry of Russian troops and planes.... 3 Argentina brings the voice of Castroism and Chavismo... 4 Every Cinderella gets her prince: José Tomás reactivates... 5 M Clan: «During the pandemic we went to the hotel... 6 The phenomenon 'Champions' arrives on the... 7 The ignored trail of the Jews in Spain after their... 8 Juan Guaidó: "Maduro is very difficult to bypass... 9 Yagidne, the town taken as a "human shield" 10 Entrepreneurs trapped by the crisis with Algeria:... 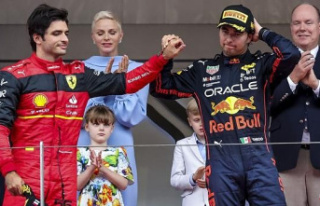 Why does Carlos Sainz have a frustrated gesture on...