Sua Moon, a 13-year-old girl in the semifinals of the World Swimming Championships

When the 2019 World Swimming Championships were held in South Korea, in the city of Gwangju, Sua Moon was a little swimmer of only ten years old and it was difficult, almost impossible, to think that in such a short time she could reach a level like the one she has achieved. 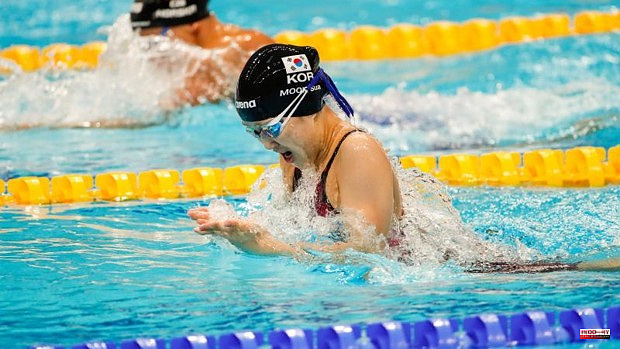 When the 2019 World Swimming Championships were held in South Korea, in the city of Gwangju, Sua Moon was a little swimmer of only ten years old and it was difficult, almost impossible, to think that in such a short time she could reach a level like the one she has achieved. shown at the Budapest tests.

Her arms did not shake nor did she feel the pressure of being the smallest in the tournament, the South Korean girl stopped the clock in 2:27.91 and qualified for the semifinals of the 200 breaststroke. Without any kind of fear, she left out expert swimmers, including the Spanish Jessica Vall, who was left out of her by a minimum margin of hundredths (2: 08.08). The race was decided in the last pitch where Moon showed an indomitable character that led her to win a position in the penultimate phase of the category.

The reality is that very few expected such a convincing result from him, especially in his first official participation in an international event. Now among the best 16 in the world a new face has crept in, almost angelic, with an unusual strength. She attested to this by her attitude when she found out about the round pass: no surprised gesture was glimpsed, as if everything was 'normal' for a girl who, thanks to her talent and her young age, impressed many in and out of the pool. It was very shocking to see her in the mixed zone with her slim physique and without well-defined muscles.

There is not much information about his 'previous career', it almost appears blank; it can be considered that it is not only a debut in a World Cup but the first official appearance. If at the beginning of these tests he seemed to have to assume a secondary role, Moon took his revenge by appearing as the protagonist on an international stage. Surely this experience will mark her in her life and whether or not she wins a medal, something that is not realistically in her plans, she will return with a baggage surely more enriched with respect to how she arrived.

The World Cup in Budapest leaves, once again, a happy and nice story, after the controversy related to the change in FINA regulations and that has affected the American Lia Thomas, leaving her out of this edition. The child prodigy has already entered the history of this world championship without occupying the first place. Because there are stories that are worth more than a medal.

1 The tragic story of Caleb Swanigan, who died at 25,... 2 Barcelona cannot sanction Piqué or restrict his business... 3 Pau Gasol charges against Aragon for "politicizing"... 4 Sadio Mané, the cherry on top of the new Bayern 5 Thebes: "Al Khelaifi takes us all for fools" 6 Charles Oliveira's trainer: "We want to... 7 Joan Cardona: "Before I was dying to win and... 8 The return of Serena Williams: winning Wimbledon at... 9 The last negotiation of the iron lady of the offices 10 Kim Kardashian's new haircut is the best option... 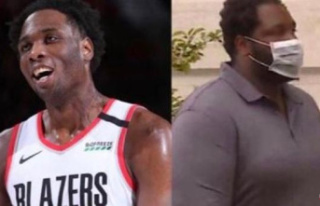 The tragic story of Caleb Swanigan, who died at 25,...