Spectacular Ledecky: the American leaves Budapest with another 4 golds

Another race, another gold. 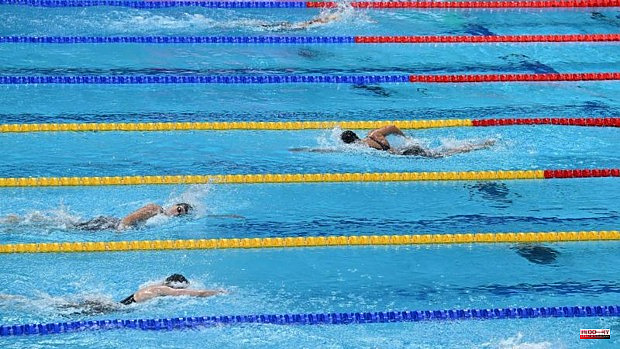 Another race, another gold. With the last test in the 800 free meters, the swimmer closes a poker that continues to feed her story made of her, almost exclusively, of triumphs.

In the show offered today, Ledecky stopped the clock at 8:08.04, in a race without much struggle, dominating from the first length to the last stroke. He finished 10 seconds ahead of his rival who couldn't even think about competing in this final. The American knew that this was her queen test, where no one has managed to reach her level for a decade. Since 2012, in major international competitions, all the gold medals have gone to Ledecky's neck. 5 World Cups and 3 Olympic Games: this is the historical domain of an infinite star who, despite her numerous triumphs, is only 26 years old.

During her week in Budapest she did not have any rival capable of putting pressure and questioning the first place, but she, from the tests, imposed her rhythm and reign in the pool. In total, with today's victory she reached a global number of 22 world medals, of which 19 are gold. Few options for her opponents who have known perfectly well for years that they are competing for second and third place. The level is different, it is different from that of the 'queen', this can be sensed from the second pitch, when the American usually takes advantage of her and overtakes all of her, leaving the void behind her.

The Italian rival, Simona Quadarella, who had won gold in the 1500 free at the 2019 World Championships (Ledecky did not compete due to physical problems), could not do anything against the force of Hurricane Washington either. She only managed to reach the third position at a sidereal distance, almost eleven seconds of difference that marks a line between the elite athletes and her who is from another planet.

The Budapest expedition was yet another confirmation that, until now, freestyle has an owner named Katie and her last name is Ledecky

1 Nadal, defeat with good feelings 2 The ups and downs of the LaLiga teams live: Morales... 3 Aleix's indignation, who charges against Race... 4 Poor Spanish participation in the Mediterranean Games 5 The sons of Scottie Pippen and Shaquille O'Neal,... 6 FINA does not allow Anita Álvarez to compete in the... 7 The war continues over the failed bid for the 2030... 8 Cilic, Auger-Aliassime and Tsitsipas, on the way from... 9 This is how inflation affects the Formula 1 World... 10 "The atmosphere at Real Madrid is neither professional... 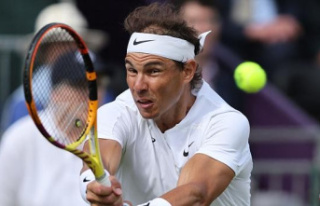