In this Roland Garros, in Alexander Zverev's box, Sergi Bruguera observes his pupil sheltered in sunglasses. 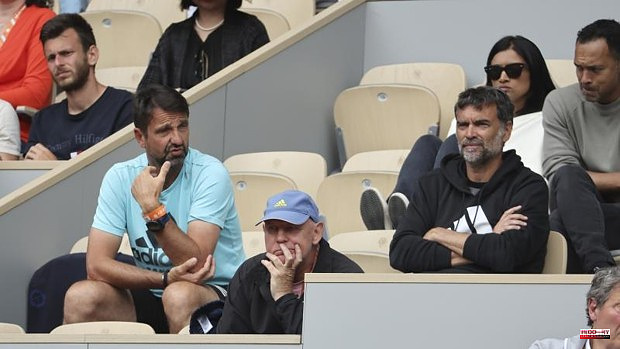 In this Roland Garros, in Alexander Zverev's box, Sergi Bruguera observes his pupil sheltered in sunglasses. He analyzes his movements and what they have been working together since the Catalan joined his side, beginning sporadically in the Miami tournament, and since the beginning of May as his coach. "I hope we have a long time together. I need guidance. I need someone who can keep an eye on what's happening on the track. I think Sergi is one of the best for this”, admitted the German, who worked with David Ferrer briefly and it was he who guided him to Bruguera.

To choose a coach, weigh the curriculum, on the court if he was a tennis player, or in the strategy if he was not.

Zverev, who beat Carlos Alcaraz in the quarterfinals, has seen that the mentality of the Spaniards, their style of seeing tennis, goes well with their way of being, with many hours of dedication to training and discipline in them. «The Spanish mentality is always to work hard, be very disciplined, orderly, understand the tactics of tennis very well, the rivals, the court. That is why many turn to players from our house. They know that the work, the methodology and the mentalization is very good. They are looking for that experience”, Álex Corretja analyzes for ABC. And along the same lines, Anabel Medina postulates: «Historically it has been shown that the base of Spanish coaches is very good. They have generated a resume with their years of work, both Bruguera and Vendrell, for example, and it has caught the attention of many players. The order and discipline with which the Spanish tennis player has always played, and the strong base of work that he has are highly valued.

In Paris, a few meters from Roland Garros, is the National Tennis Center. The top tennis players go there every day to train, to use the recovery machines or to meditate on the grass, as Novak Djokovic could be seen a couple of days ago. But it is also the headquarters of the future of French tennis. Diane Parry, a 20-year-old player who has the advice of Gonzalo López, former coach of, among other players, Anabel Medina or Pauline Parmentier, and who is now in charge of the department of French tennis players between 14 and 18 years old, runs through its rooms.

Because the Spanish coach is not only loved by the elites, more than ever they bet on them to lead the bases and guide them to the top. The tennis planet has as its current reference the best example of success of this management of growth towards heights: Juan Carlos Ferrero. The Valencian rejected different opportunities to accompany 'greats' like Dominic Thiem or Stefanos Tsitsipas. He bet on Carlos Alcaraz, from 141 in December 2020 to 6 in the world in 2022. From El Palmar, to champion of Umag, Rio, Miami, Barcelona and Mutua Madrid Open, for the moment. Spanish tennis is in fashion; both on the track and on the benches.

1 Cristiano moves away from the spotlights 2 Almadraba bluefin tuna: how to distinguish, cut and... 3 Immigration and gender: a double discrimination 4 Record Reviews of the Week: Moby, Malamute, Liam Gallagher... 5 Texas police: Texas teacher propped-opening door before... 6 After Uvalde, holiday weekend sees shootings nationwide 7 EU ban on Russian oil could be weakened by high prices... 8 As nation worries, Biden plans to fight inflation... 9 Cyber agency: Some states are vulnerable to voting... 10 A Clinton 2016 Campaign Lawyer was acquitted by the... 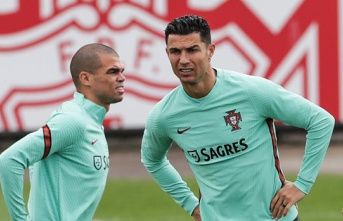 Cristiano moves away from the spotlights