Soler, the mordant that the second line needs

The goal is everyone's business, Luis Enrique insists over and over again to relieve pressure on his forwards. 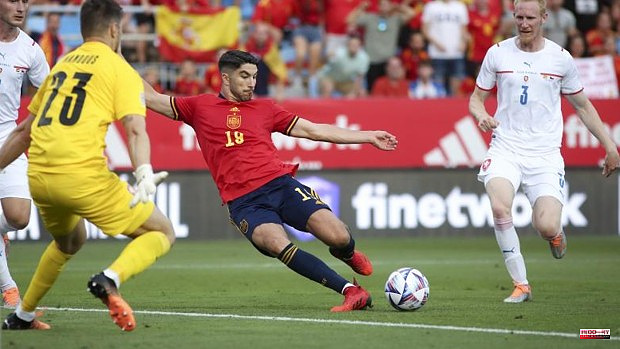 The goal is everyone's business, Luis Enrique insists over and over again to relieve pressure on his forwards. But this maxim, which sounds very good in theory, is not always fulfilled on a day-to-day basis in the Spanish team. And from there many of the problems of the national team to carry out many games. Reality dictates that Spain's offensive game relies too much on the success or failure of its three most advanced men, wingers and strikers. And that on very few occasions the so-called second line collaborates, the one formed by the midfielder and the two interiors. In the Luis Enrique era, his scoring contribution is meager, to the point that the defenders score much more.

Men like Koke or Pedri have not yet made their debut with the national team. Gavi did it in Prague a week ago, and a veteran like Thiago has barely scored two goals in 46 games.

The only exception is Carlos Soler, who against the Czech Republic scored his third goal in just nine international games. He is already, alone, the highest scoring midfielder during Luis Enrique's time on the bench. The Valencian player, still one of the names called to heat up the transfer market this summer, found a top-level partner in the figure of Marco Asensio, another of the highlights at the close of this June concentration. The madridista, very active and connected, was in charge of giving Soler the assist for the first goal.

Luis Enrique recounted this week how much Soler surprised him the first time he saw him train in Las Rozas, summoned urgently before the last European Championship for the alternative bubble. He assured the coach that the Valencian player has all the characteristics that he asks of an interior, and that he had even contributed more things than he thought he had to offer. At Mestalla they are well aware of Soler's ability to arrive, author of 12 goals with his team this season. "I'm excited to be with such a good group," the midfielder explained to RTVE at the end of the match. "The coach and the coaching staff are magnificent. I hope to come back and go to the World Cup. I will work for it."

Soler is now going on vacation, but he will do so with his phone on. Atlético, Barcelona or Juventus are just some of the teams that do not lose sight of him. At the moment, he doesn't give any clues: "I just want to rest, because I haven't stopped since the Games. It's been a nice year."

Three players left this long concentration without debuting: the two substitute goalkeepers for Unai Simón and Ansu Fati. The azulgrana did not have minutes in this last match either. Luis Enrique's objective for him was different: to soak up the spirit of the team and the automatisms that he tries to impose on the national team. If there are no setbacks, it will be essential in the World Cup in Qatar.

1 The selection, always on the rise 2 Switzerland does Spain a favor and beats Portugal... 3 Luis Enrique: «What I said about Gavi? He is very... 4 Highlights: Naoya Ioue vs. Nonito Donaire 2 results,... 5 Jermall Charlo and Maciej Suulecki are postponed due... 6 Lloret: "Before running as a candidate, I asked... 7 Boxing Pound for Pound Rankings: Naoya Inoue rises... 8 George Kambosos is still challenging Devin Haney in... 9 After weighing in for Showtime's PPV bout, Gervonta... 10 Devin Haney vs. George Kambosos prediction, odds and... 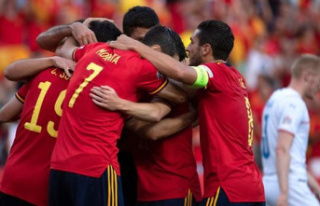 The selection, always on the rise