Small scare for Djokovic in his premiere

Novak Djokovic gets entangled in an instant and on grass he pays with a lot of punishment. 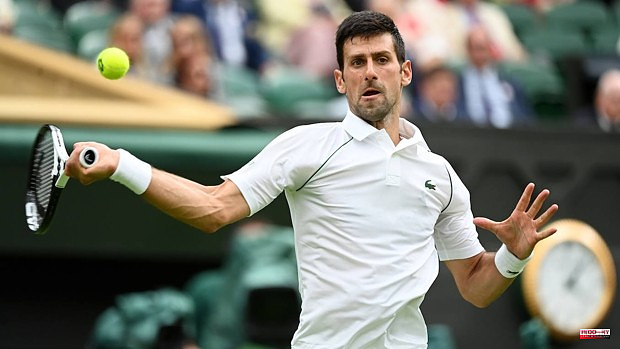 Novak Djokovic gets entangled in an instant and on grass he pays with a lot of punishment. The Serbian loses the second set against the South Korean Soonwoo Kwon and the Wimbledon center court is surprised. It is hardly a scare, because the champion of the last three editions immediately unravels the mess and channels the next two sets to take the first victory after two hours and 27 minutes (6-3, 3-6, 6-3 and 6-4 ).

It's a warning. It's grass. This treacherous surface where the ball doesn't always respond the way you want it to. Rafael Nadal himself said it, it is the surface in which you have less certainties, even if you are called Djokovic. However, the Serbian is already in the second round, the nerves of the debut and that feeling that he had not arrived with enough preparation cleared.

He didn't care either, he said in the preview. Other times he had arrived without more games than training and had won the title. In fact, Djokovic is, with Agassi and Stich, one of the only three players whose first title on grass was the London Cup.

That's why on his bench, with Goran Ivanisevic at the helm, they watched the game seriously, but without apparent concern. The Serb's first serve was crushing: 86% of points with that shot, fifteen aces. And although he hesitated in the second round, the repertoire was stronger than the momentum of the South Korean. There were slice backhands and flat forehands, 50% break chances converted, 29 errors (three more than his opponent) and 31 winners (the same as his opponent); and more tests for which Kwon was a great ally because he returned everything with good manners and with a similar style. And, in addition, he forced the Serbian to raise the bar a little when the first set already seemed to be the reflection of the rest of the match.

It is the Serbian's 80th win at the Wimbledon Grand Slam. And the 22nd in a row, after triumphing in 2018, 2019 and 2021. His next rival will come from the match between Thanasi Kokkinakis and Kamil Majchrzak.

1 The forward of Espanyol begins to be scary 2 Doña Letizia dresses in polka dots for her meeting... 3 The smallest art movement in history: it had two members... 4 The Windcatcher Association and the 'Revista... 5 Transport and fishing, again against the ropes 6 Canary Islands and Morocco, face to face to talk about... 7 Rubén Albés, student of Benito Floro, new trainee... 8 Damiano Tommasi, from playing for Levante to becoming... 9 Torrejón, prepared for the NATO summit: 28 delegations,... 10 Silván trusts that the PP leadership "will not... 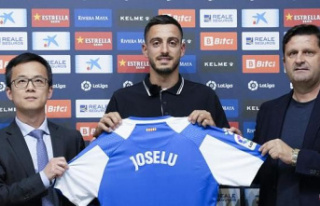 The forward of Espanyol begins to be scary