Sarabia, indisputable and with a goal

There are nearly 90,000 Spaniards residing in Switzerland, a large colony that flocked to the Stade de Geneve and did not stop for a second to cheer on their team. 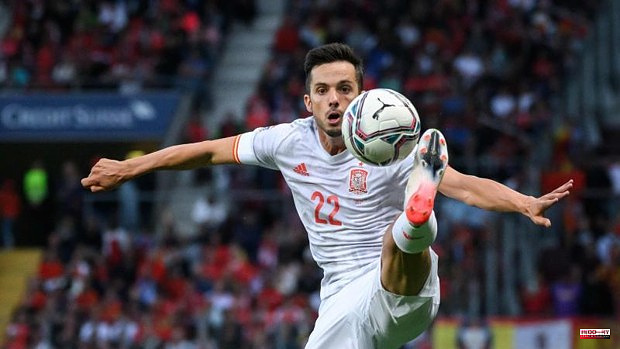 There are nearly 90,000 Spaniards residing in Switzerland, a large colony that flocked to the Stade de Geneve and did not stop for a second to cheer on their team. Nostalgia and memories weigh heavily, and at times there is more joy among the numerous groups of immigrants scattered around the Servette camp than in many Spanish camps. They roar with the “lololó” of the anthem and stand up to the batucada with which the Swiss fans give an unexpected warmth to the game.

Spain jumps onto the pitch for the warm-up and the chosen eleven draws attention. The changes continue, the tests, but there are three that repeat for the third time: Unai Simón, Gavi and Sarabia. The three, starters also against Portugal and the Czech Republic.

A symptom. Signals sent by Luis Enrique for the World Cup. The goalkeeper is not surprising. It is already a norm. Perhaps neither was Gavi's, no matter how much the coach promised to distribute efforts among all of his summons. He is the pretty boy and he is in a state of grace. But the Sarabia thing is even more surprising. Since the European Championship, he has been the outfield player who has been on the pitch the longest with the Spain shirt, present in 19 of the last twenty games and with more than 90% of the minutes played. He only missed the Euro semifinal against Italy, where Spain fell on penalties.

Yesterday he unblocked the game as soon as he had the opportunity. A balsamic goal that drove away ghosts and gave peace of mind. The atmosphere was unsuspectedly heated, the Swiss public much more belligerent in the stands of a stadium than in international geopolitics. The stadium was roaring over the train crash between Embolo and Pau Torres when Sarabia took advantage of a good steal from Ferran and a better assist from Marcos Llorente to beat Sommer low. The VAR carefully reviewed the goal, since the winger's foot seemed more advanced than the defender's, but the referee ended up validating his initial decision.

Luis Enrique's faith in Sarabia is strange. He did not count on him in his first stage as coach, but it was Robert Moreno who first summoned him shortly after assuming command. There he got his first international goal, in a win against Malta in Cádiz. He now he already adds eight. With the return of Luis Enrique he disappeared again, but in the final list for the European Championship the Spaniard remembered him. It was the big surprise, the unexpected guest. If the summoned lists had not been expanded due to the pandemic, surely he would not have had a place. But there he was, and he seized the opportunity like no other.

Since then it has been gaining presence. Luis Enrique admires his versatility, just as effective on the left side as on the right. There he uses him interchangeably. He has also been done with the control stick in set pieces. He is the one chosen to take the corner kicks and free kicks. In this long concentration he played the entire game against Portugal and was substituted at half-time against the Czech Republic. It was the grayest performance of him with Spain, little successful in the pass and without spark. But his attitude in training continues to convince Luis Enrique, who did not hesitate to renew his confidence with this new ownership.

Sarabia was one of the standouts in a game without great individuals, his was also the best opportunity to make the second. In the second act he paid for the effort, coinciding with the general decline of the team, and was the first substituted.

1 A detainee for the kidnapping of a man in a hotel... 2 Discovered in Egypt, Vertebra of a 98-million-year-old... 3 Il Divo will inaugurate the Push Play 'boutique... 4 Swiatek, richer than Nadal in 2022 5 Why does Carlos Sainz have a frustrated gesture on... 6 Niacaragua allows entry of Russian troops and planes.... 7 Argentina brings the voice of Castroism and Chavismo... 8 Every Cinderella gets her prince: José Tomás reactivates... 9 M Clan: «During the pandemic we went to the hotel... 10 The phenomenon 'Champions' arrives on the... 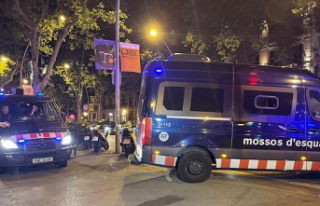 A detainee for the kidnapping of a man in a hotel...