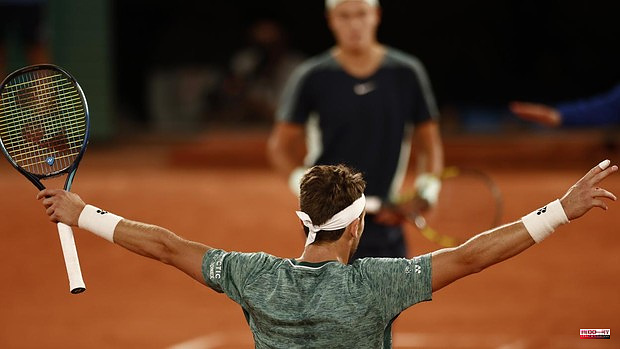 Ruud, 23, will play on Friday for a place in the final against Croatian veteran Marin Cilic (33), who had previously beaten Russian Andrey Rublev in an even match that was decided in the 'super tie break' of the fifth set.

In a 100% Nordic duel, unprecedented in Paris, Ruud, former world number 1 in juniors, continues to make history for his country: first Nordic to enter the Top 10 of the world ranking, first to win an ATP title, first to reaching a final at a Masters 1000 (in Miami in early April, where he lost to Spanish prodigy Carlos Alcaraz) and first to qualify for a Masters Tournament (2021).

And he has already improved his best result in a Grand Slam, where he had never passed the eighth.

The Oslo native imposed his regularity, his effective but unspectacular tennis, with 54 winners, but only 24 unforced errors, to beat a Rune who paid for his inexperience, with 46 direct fouls, as many as 'winners', although He has his first victories in a Grand Slam from Roland Garros, after having lost in the first round in his two previous attempts (US Open-2021 and Australia-2022).

His rival in the semifinals will be the veteran Cilic, who this Wednesday became the fifth active player to have qualified for the semifinals of the four Grand Slams. The other four are Federer, Nadal, Djokovic and Murray.

On the other side of the draw, it will be the German Alexander Zverev (N.3) and the great favorite for the title, the Spanish Rafael Nadal (N.5 and 13-time champion in Paris), who will play the other ticket to the final .

1 Don PX Cosecha 2019: the emblem of the winery 2 Italian restaurants for all pockets 3 Is Tetuán called to be the new Carabanchel of art... 4 Coach Crys Dyaz shares her favorite spots in Madrid 5 The new luxury shopping center in Madrid, the best... 6 The WiZink 'vaccinodrome' closes and the... 7 Seven new elevators and other improvements for the... 8 Plaza 1 will continue to operate Las Ventas with an... 9 At least four dead, including the aggressor, in a... 10 Accusations of negligence poison the mourning for... 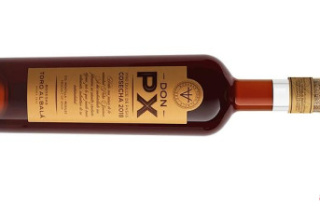 Don PX Cosecha 2019: the emblem of the winery