Roland Garros Trophy: what is it made of and how much does the Musketeers Cup weigh?

Every self-respecting tennis player dreams of winning a Grand Slam at some point in their career. 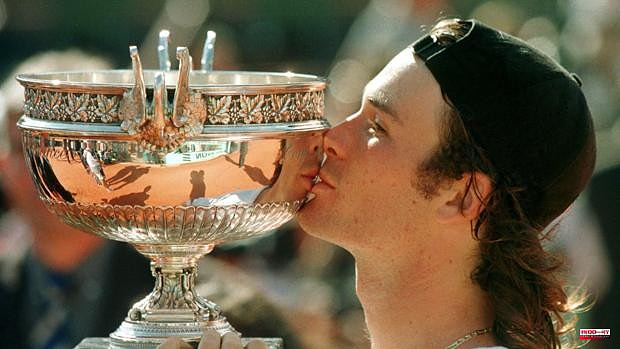 Every self-respecting tennis player dreams of winning a Grand Slam at some point in their career. Each one, different from the previous one, means a new experience in the career of an athlete and, therefore, each trophy is different and unique. The same is what happens at Roland Garros, where the cup that is awarded to the winner has gained its own fame beyond the name of the competition itself.

The French Open, which is played on clay, awards a trophy to the winner of the tournament every year after the Roland Garros final. However, tennis players never take this award home, instead they are given a smaller replica made annually, while the original remains in the office of the president of the French Tennis Federation.

The name of the cup, popularly known as the Musketeers Cup, also has a lot of history behind it: it is inspired by four legendary players from the golden age of tennis in France. These athletes, nicknamed 'The Four Musketeers', are none other than Jacques Brugnon, Jean Borotra, Henri Cochet and René Lacoste, who managed to end the dominance of the United States in the Davis Cup and lift six trophies in a row.

But who makes it and what is the Musketeers Cup made of? How much does the original Roland Garros trophy weigh? This is everything you need to know about this award.

Philippe Chatrier, former president of the French Tennis Federation, was the driving force behind this trophy at Roland Garros. The also French tennis player chose during his tenure to redesign the award of the winner of the Parisian tournament in 1981.

A confection task that was finally delegated to one of the most important jewelers houses in the city: the famous Mellerio dits Meller, which is annually in charge of making the replica of the trophy that is given to the winners of Roland Garros.

The team of Parisian silversmiths spend more than 50 hours sculpting this award. The Musketeers Cup is made from a silver plate that is molded and from which the body is formed.

This trophy is wide, with two handles in the shape of swans and is decorated with vine leaves on the borders of the upper part of the cup. In addition, the stamper is responsible for engraving each of the existing patterns on the metal.

In terms of dimensions, the Cup of the Musketeers measures about 21 centimeters high by 19 wide. However, although its measurements may not seem like it, this trophy can weigh up to 14 kilograms.

1 CSIF requests more staff for the Covid Emergency area... 2 Disappointment at the Shein store in Madrid: "We... 3 The new contract-program between the Board and the... 4 They are looking for a 93-year-old woman whom her... 5 Valencians on the Forbes list: these are the best... 6 Carlos Muñoz, only eleven years old, publishes his... 7 What it costs to open the Madrid Metro 24 hours at... 8 Those infected in Madrid by monkeypox rise to 141... 9 The Imserso de Podemos that ruins hotels: 22 euros... 10 Arrested in Gerona the owner of 57 mutilated fighting... 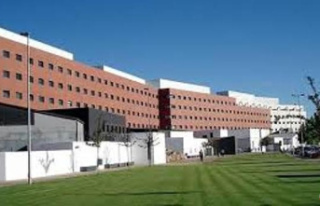