Roland Garros Trophy: what is it called, what is it made of and why Nadal owns it

Only the biggest get it. 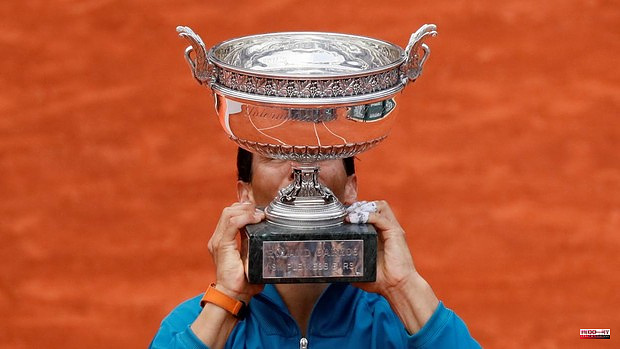 Only the biggest get it. That is why Rafa Nadal has lifted it thirteen times. The Roland Garros trophy is disputed these days and there is less and less to know who will be proclaimed champion in the 2022 edition.

A special aura surrounds this cup, possibly the most special on the circuit. Good fault of it has its name: it is a mixture of literature and epic. As it is tennis itself, a combination of beautiful pages written in history along with this point of honor, sacrifice and comebacks that this sport accustoms us to.

The French salad bowl is called the 'Cup of the Musketeers'. This name recalls the spectacular and unexpected victory that four French tennis players (René Lacoste, Henri Cochet, Jean Borotra and Jacques Brugnon) achieved against the almighty United States team in the Davis Cup in 1927.

A triumph that seemed unthinkable, since the Americans had been winning this contest uninterruptedly since 1920.

A trophy of such magnitude cannot be made in any way, both its preparation and its materials. For this reason, the organization entrusts the prestigious Mellerio dits Meller jewelers each year with the creation of the cup that the winners receive. A task that takes them more than 50 hours to shape an award made entirely of silver (not counting the base) that weighs about 15 kilos and measures about 21 centimeters high, but when raised it touches the sky .

In some championships, the winners take home the cup. But it is not the case of the French appointment. There is only one small 'exception' where a tennis player has the closest thing to the Musketeers Cup on his trophy shelf. Yes. It cannot be another. It's Rafael Nadal.

The director of the championship, Guy Forget, presented the Spanish tennis player with a replica of the salad bowl (not the original) that he got in 2017 on the occasion of his tenth title on French clay. A completely unprecedented event in the world of tennis. Only within reach of one of the greatest.

1 Barcelona meets again with the Tast on the Rambla 2 Javier Olivares: "Fernando Marias was my brother... 3 Guevara wins, and Munoz takes his second Moto3 race... 4 Sanchez appeals to the PSOE's "red pride"... 5 We speak Spanish warns the Puig government that European... 6 The Canary Islands and the millionaire economic opportunity... 7 GOP lawmaker quits following being 'annihilated... 8 White King and Super Trip ce crown with all deserved... 9 Teresa Rodriguez defends in Granada the Andalusian... 10 Sanchez appeals for "red pride" to vote... 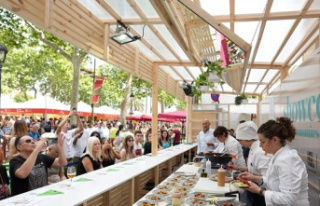 Barcelona meets again with the Tast on the Rambla