For the first time in almost two decades none of the three best tennis players in recent years, Rafa Nadal, Roger Federer and Novak Djokovic, appear in the top two positions of the ATP world ranking. 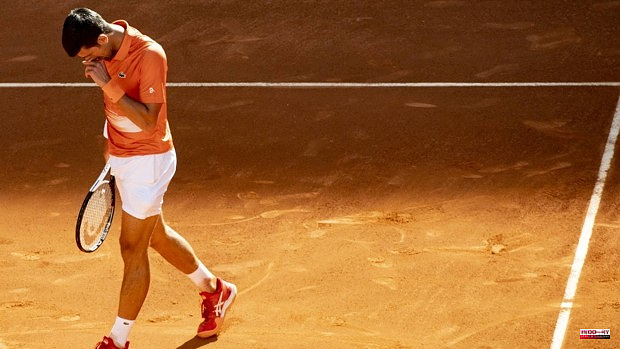 For the first time in almost two decades none of the three best tennis players in recent years, Rafa Nadal, Roger Federer and Novak Djokovic, appear in the top two positions of the ATP world ranking. Since 2003, when the Swiss reached second place in the ranking, one of them had always been among the top two in the world while sharing most of the big titles on the circuit between them. Since that year, out of 76 'Grand Slams' they have conquered 62 between the three: 22 Nadal, 20 Djokovic and another 20 Federer.

This Monday, June 13, 2022, the Russian Daniil Medvedev and the German Alexander Zverev have sent Novak Djokovic to the third position.

The elimination of the Serb in the quarterfinals at the hands of Nadal in the last edition of Roland Garros, after having been proclaimed champion last year, caused him to plummet to third place after losing 2,000 points.

Medvedev, 26, a new number one, had already briefly held that position in the rankings for two weeks, in late February and early March. While Alexander Zverev, after 56 weeks in third place, moves up one position and is the new number two, reaching a place that at 25 years old he had not stepped on until now. A joy for the one from Hamburg, who continues to recover from his serious ankle injury in Paris.

Djokovic, champion of Roland Garros in 2021, is the great victim of the ranking update, as he falls to third place and sees how Rafa Nadal approaches, placed in fourth place in the classification, now just 245 points behind the Serb. He pays for his elimination in the recent edition of Roland Garros and, above all, not having been able to play the Australian Open at the beginning of the year, after being expelled from that country for not being vaccinated against covid-19.

To find a Djokovic in this situation, outside the first two places in the ATP ranking, you have to go back no less than October 2018.

Another of the great beneficiaries of the updated ranking is the Norwegian Casper Ruud, runner-up at Roland Garros, who reached the best ranking of his career this Monday by rising to fifth place, overtaking the Greek Stefanos Tsitsipas.

The position that does not change this week is that of Carlos Alcaraz from Murcia, who remains in seventh place on the world list.

That 'Top-20' is closed by two Spaniards, Pablo Carreño and Roberto Bautista, who have not changed.

Roger Federer, who continues to recover from his physical problems with the aim of reappearing in the Laver Cup and the tournament in Basel, his hometown, falls this week from 50th to 68th place.

1 Germany falls behind China as the top Russian energy... 2 As the Israeli ruling coalition marks its first year... 3 China and India are growing markets for Russian oil... 4 China's ambassador to Australia states that 2... 5 Experts believe that it was not confined enough due... 6 Dual FP expands next year with 20% more cycles 7 The largest Machine Tool Biennial in history opens... 8 The Johnson Government gives Brussels a pulse with... 9 After dozens of parliamentarians quit, leaders in... 10 Brazilian Amazon continues to search for missing men... 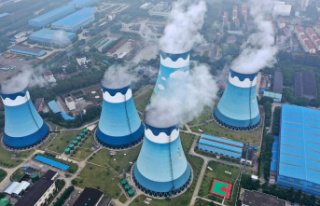 Germany falls behind China as the top Russian energy...