Among the absences from the list of Portugal to be measured against Spain, one very prominent. 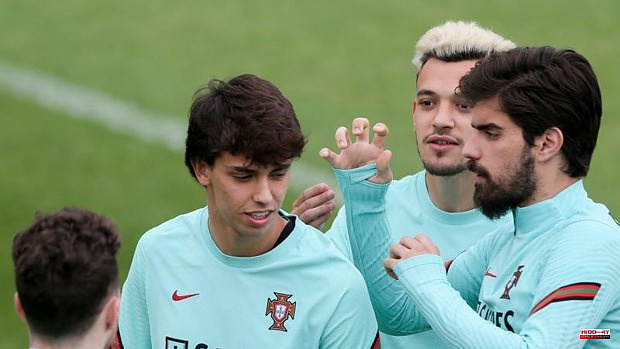 Among the absences from the list of Portugal to be measured against Spain, one very prominent. Joao Félix misses this call due to the injury to the hamstring of his left thigh that led him not to finish the season with Atlético. But in his country few seem to care. The young rojiblanco has long since dazzled his compatriots. It has gone from being the great hope for the future of his team to even generating a dilemma about whether his presence benefits or harms the national team. The pretty boy, the protagonist of a historic transfer of 126 million euros three seasons ago, does not find his way in his selection either. “What has affected Joao Félix the most has been the injuries,” Pedro Barata, a Portuguese journalist for the Expresso newspaper, analyzes for ABC. «It is impossible to have the leading role that was presumed without having continuity, always stopping and starting. He has had periods of playing very well, but then he always has a mishap. And that at Atlético, because in the national team he has never managed to excite ».

Joao Félix made his debut with Portugal in June 2019, precisely during the Final Four of the Nations League that year. Since then he has played 22 games in which he has scored three goals and provided one assist. His importance has been diminishing in recent times. He has not started with his team for a year, the friendly against Spain prior to the European Championship, where he was substituted at halftime. He also tiptoed through the continental tournament, where he only had minutes (34) in the round of 16 loss to Belgium. "Fernando Santos has never found a good place for him," continues Barata. «When he leaves, he starts talking about the fantastic four of the national team along with Cristiano, Bruno Fernandes and Bernardo Silva. Now that place has been taken by Rafael Leao. The country's hopes for the World Cup are pinned on him."

1 Spain to close the football course 2 Nadal and doubts about his future 3 Five ways to do eyeliner to enhance the look 4 Orlando Museum of Art sued for exhibiting fake Basquiat... 5 The new Memorial Center for the Victims of Terrorism... 6 Madrid, the city where ETA members and jihadists have... 7 Biden still without guest list one week before the... 8 A tailor-made boost for startups to take off 9 Drought exposes 3,400-year-old city on the banks of... 10 Toro's refusal of the viability plan complicates... 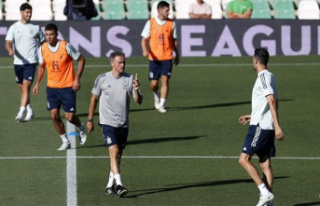 Spain to close the football course