Portugal consolidates as leader of the Spanish group

Portugal is serious about this exciting Nations League, as seen at the José Alvalade Stadium in Lisbon, defeating the Czech Republic with two goals in a row in no time. 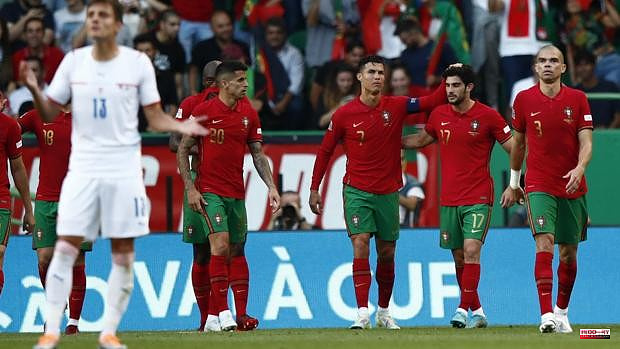 Portugal is serious about this exciting Nations League, as seen at the José Alvalade Stadium in Lisbon, defeating the Czech Republic with two goals in a row in no time. A victory that was not very convenient for the interests of Spain, at least until the Iberian duel is repeated next September.

Bernardo Silva put in a great game (until United's Bruno Fernandes took over from him with 23 minutes remaining) and proved to be in spectacular form, despite an exhausting season at Manchester City.

The midfielder was key in unleashing the efficiency that lifted the match 2-0 in just five minutes.

First with an assist for Cancelo, his teammate in Guardiola's team and another of the highlights; later with another one that was addressed to the Valencian player Gonçalo Guedes.

His baton, therefore, was providential in this decisive evening in order to consolidate himself at the top of the classification. Especially because the good understanding between Bernardo Silva and Joao Cancelo himself led to an irresistible stronghold along the right flank, especially in the first half.

Both showed that they understand each other perfectly, just as they prove at City week after week. The Portuguese coach, sliced ​​Fernando Santos, an 'old fox' from the benches, got out of that association.

It was a special match for Ronaldo, who was returning to the home of Sporting Lisbon, the club that catapulted him just arrived from the island of Madeira. He sure had all those memories running through his mind on the day he reached 188 caps.

Such was his momentum that (rarely for him) he earned a yellow card in the second half due to a mistimed tackle. Now, after 4-0 against Switzerland, he promised to play the trick of securing the leadership of the group to take advantage of the fact that the Spanish team started this first round of games with two draws, starting precisely with the one against Portugal in Seville.

And, yes, the red-and-green team did their best not to be surprised by the Czechs, until now one of the most unexpected realities of the competition.

It was not a night to sing any fado, quite the opposite. And Fernando Santos' boys redoubled their efforts to achieve a victory that could end up being fundamental before the 44,000 spectators who gathered in the stands and created a great atmosphere.

1 The one to one of the Spanish victory in Switzerland 2 Sarabia, indisputable and with a goal 3 A detainee for the kidnapping of a man in a hotel... 4 Discovered in Egypt, Vertebra of a 98-million-year-old... 5 Il Divo will inaugurate the Push Play 'boutique... 6 Swiatek, richer than Nadal in 2022 7 Why does Carlos Sainz have a frustrated gesture on... 8 Niacaragua allows entry of Russian troops and planes.... 9 Argentina brings the voice of Castroism and Chavismo... 10 Every Cinderella gets her prince: José Tomás reactivates... 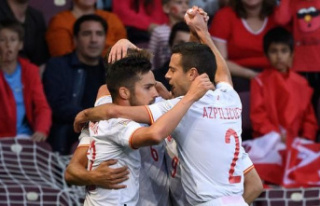 The one to one of the Spanish victory in Switzerland