Eight Spanish sailors will try to win the medals of the 2022 Mediterranean Games which, in the sailing category, start next Monday, June 27, and will be held until Sunday, July 3, at the Les Andalouses naval base in Oran, Algeria. 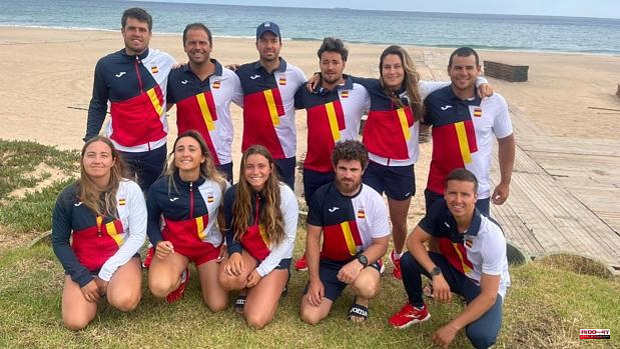 Eight Spanish sailors will try to win the medals of the 2022 Mediterranean Games which, in the sailing category, start next Monday, June 27, and will be held until Sunday, July 3, at the Les Andalouses naval base in Oran, Algeria.

Pilar Lamadrid and Andrea Torres (female iQFoil), Ángel Granda and Tomás Vieito (male iQFoil), Cristina Pujol and Ana Moncada (ILCA 6), and Joaquín Blanco and Joel Rodríguez (ILCA 7) make up the Spanish sailing delegation and are emerging as top contenders to win the honorary positions, thanks to the results they have achieved throughout this season.

In the case of the ILCA 7, the Canarian Joaquín Blanco will compete to revalidate the gold medal obtained at the Mediterranean Games in Tarragona 2018, while his partner and countryman Joel Rodríguez will seek to improve the bronze he won in this same competition.

Both the Catalan Cristina Pujol and the Andalusian Ana Moncada will debut in the Mediterranean Games and will do so with their sights set on the ILCA 6 medals. In Tarragona 2018 the Spanish representative was Martina Reino and she ended up with the bronze medal. In this new edition of the Mediterranean event, Cristina Pujol arrives with the experience of having participated in Tokyo 2020 and Ana Moncada as the best U21 national sailor.

In women's iQFoil, Andalusian Pilar Lamadrid will be the main rival to beat as she is the current number 1 in her class in the World Sailing international ranking. Next to her will compete the Balearic Andrea Torres, one of the pearls of the national quarry of the new Olympic modality of windsurfing. Both form a good team to emulate the success achieved by Blanca Manchón and Marina Alabau, gold and bronze respectively, in the equivalent Olympic category in 2018, RS:X.

The Spanish representation in the men's iQFoil will fall on the Canarian Ángel Granda, Spanish representative in Tokyo 2020 and the Galician Tomás Vieito. Both athletes will debut in the Mediterranean Games, after Iván Pastor and Juan Manuel Moreno competed in the RS:X class in 2018, who finished in fifth and sixth position respectively.

The 2022 Mediterranean Games, in which athletes from 26 countries are participating, will start for sailing on Monday, June 27. On both Monday and Tuesday the four Olympic sailing disciplines will sail in fleet format. Wednesday 29 remains as a day of rest or reservation. From Thursday to Saturday the fleet competition will resume to finish on Sunday, July 3 with the finals of each category.

1 The sons of Scottie Pippen and Shaquille O'Neal,... 2 FINA does not allow Anita Álvarez to compete in the... 3 The war continues over the failed bid for the 2030... 4 Cilic, Auger-Aliassime and Tsitsipas, on the way from... 5 This is how inflation affects the Formula 1 World... 6 "The atmosphere at Real Madrid is neither professional... 7 Paolo Banchero, Italian surprise for number one in... 8 The collection of a Spanish champion to be able to... 9 Alcaraz, with little margin against Wimbledon 10 Champions Gambit: deciphering the chess format that... 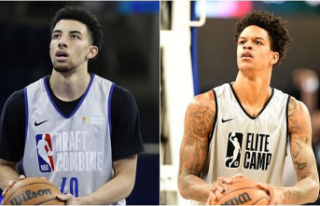 The sons of Scottie Pippen and Shaquille O'Neal,...