Nadal: "On the day I needed it most, I reached a level that apparently I didn't have"

Without too much euphoria because, he repeated, after all, this is just a quarter-final match, Rafael Nadal shows optimism and happiness for how he has beaten Novak Djokovic in the Parisian night and the way to here. 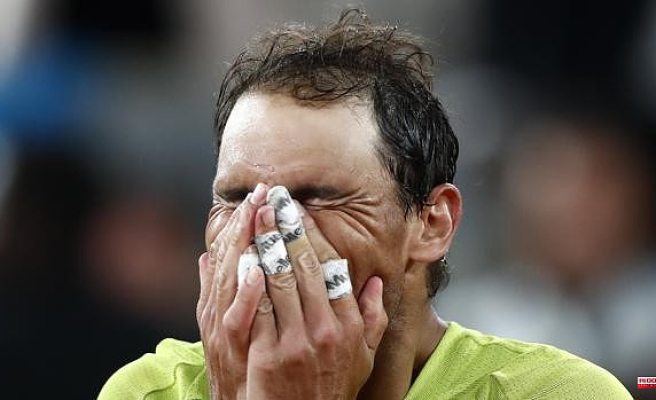 Without too much euphoria because, he repeated, after all, this is just a quarter-final match, Rafael Nadal shows optimism and happiness for how he has beaten Novak Djokovic in the Parisian night and the way to here. In communion with the stands from the start, for a magical night. "The crowd has been incredible since the beginning of the tournament. I know I won't be here many more times. The feeling of playing in the most important of tournaments and with this support is very difficult to describe. I want to thank everyone in Paris for this unforgettable night. I think people appreciate the effort I've made in these years here, fighting, and behaving well in delivery.

And they also know that it is a very important tournament."

But tone down the excitement now for the next challenge, holding his own against Alexander Zverev in the semi-final on Friday. "This is still a quarter-final. I haven't won anything. I've earned the opportunity to come back in two days in a tournament that means a lot to me. I have experience and I know that emotions run high and then they run low. I try to be in balance. It's a great night, you have to enjoy it, but the main objective is to be focused on the next game. It was an important game because we have a lot of history together with Djokovic. In very important moments we've played together. I've been emotional because the last few three and a half months, all I can say is that it hasn't been easy. And he elaborated on the idea: "It has been a bit surprising for me to get the level when apparently I didn't have it. But the track is special to me, it has something unique. On the day that I have needed it the most I have managed to get a level that apparently he had not. Happy. And now that it has been achieved, the challenge is to maintain it".

And happy because the provamera of other years had not come out, but he continues at Roland Garros already with all the favorite label hanging on his racket bag: "It's a special night. With 2015 it is the year that I have been the least favorite against Novak in this scenario. It was a very big challenge and I had serious doubts as to whether I would be able to perform at the level I needed. That it has been achieved means much more than what can happen in the tournament. It is a very important internal energy. There are days that, since you have no choice but to play aggressively and be at a very high level also mentally, you take it out, even if the execution is more complicated. There is no plan B. Until today's game, with a plan B there is still options. Not today, either you get the plan out or you go home. Knowing this gives you a self-demand that makes it easier for you to get it out, but the hard part is getting it out".

He analyzed the meeting with all the detail he knows and that comes out. "Everything is decided in a few balls. I think that if we look at the four hours of the match, for more minutes I have been more dominant and that is why I have won. I was playing at a very high level in the first set and a half, dominating in general , regardless of the result. In attacking positions, being able to control Djokovic's game. I was the one who had the options. But when you give him a little life he always comes back, he served better and I've lost that aggressiveness a bit. from dominating to being dominated. These are games where you are always on the limit".

I shouldn't have missed the second set and that made the match difficult. But this is playing against Djokovic. I have played the best game of the last four months. Due to lack of habit, perhaps I lost that second set. Playing well, maintaining physical and mental intensity is also a habit and in these three months I haven't been able to train or compete. It's one more effort, that's why it has more value after losing the set with a double break. I turned it around again in the third and fought it in the fourth without losing hope because it was very complicated".

He flew over the shadow of the foot again, of which he stressed that it has no solution, although it does not rest on finding one either. "I'm going to do my best to play this tournament in the best conditions. I don't know what will happen next." And he left another message on the air of those that are expected with fear on the tennis planet: "We will talk after the tournament and you will understand everything a little. I don't know what can happen after here. I think I can compete here and after here we will see how it turns out Right now is not the time to give explanations, but he has it. When I finish I'll explain it."

1 BTS visits White House for discussion on the hate... 2 Q&A: Cronenberg discusses bodies, death, and the... 3 Pennsylvania Senate could be affected by an order... 4 As the funerals for Uvalde school massacre victims... 5 Transgender Swimmer Lia Thomas Opens up about Criticism:... 6 Billie Eilish's Boyfriend Matthew Tyler Vorce... 7 Jennifer Lopez gets a 'B' manicure in honor... 8 Three Months after Katie Meyer's Suicide, Katie... 9 Charlie Puth: What the Pandemic Made him Realize:... 10 Angie Harmon 'Would love' to play Abbie... 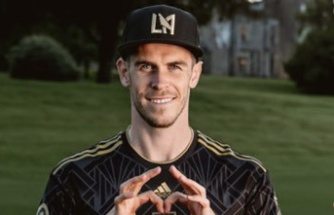 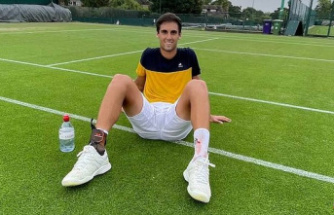 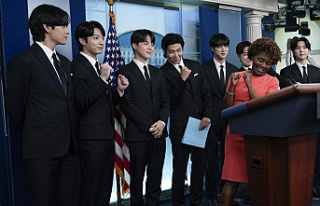 BTS visits White House for discussion on the hate...