On the moment, everything's fine. 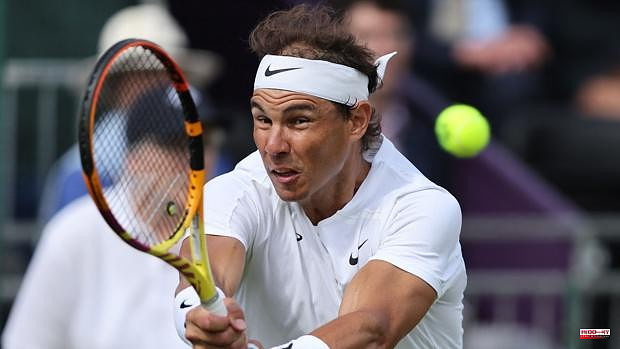 On the moment, everything's fine. It is the summary that Rafael Nadal collects a few days before starting Wimbledon. At the moment, two very serious exhibition matches in Hurlingham, victory against Stan Wawrinka on Wednesday (6-2 and 6-3), and defeat against Felix Auger-Aliassime this Friday (7-6 (6), 4-6 and 10-3). Above all, training sessions completed successfully, which is what gives this Nadal confidence for what is to come.

What arrives is the Wimbledon grass after three years of absence. His last match in the cathedral was in the 2019 semi-final against Roger Federer. Too much time. Although it costs less and less for this Nadal to recover the automatisms: there are 91 games on the green, 71 victories.

And all that is not lost along the way, you just have to redirect it. “You can draw conclusions from everything, but in the end this is still training. What you have to do every day is to feel more comfortable on this surface, which you hardly play all year. All training sessions add up, even those in which you don't feel well, because they help you correct things for the next one. We are training with people who serve very well [Berrettini, Tiafoe]. At the moment, everything is positive », assures Marc López, one of his coaches.

Even two exhibition matches that were far from just show business. There was seriousness against Wawrinka and more tension, and wind, yesterday against Auger-Aliassime, a player who grows every second. In the two and a half long hours of clash, there were hardly any concessions between one and the other, the Canadian being a great server - a total of twenty direct services -, the Spanish feline receiver. In one of the small 'buts' that can be attributed to Manacor was with the double faults, with one of them he facilitated the tie break in favor of the Canadian, and a second serve that needs to be refined. But the footwork, the defense and the determination are ready.

Because the foot is not talked about and that is a very good sign. “There are no foot problems. The issue of the foot, which was what always worried me the most, is going well. We have to finish adjusting the training, because this surface does not forgive you anything, everything happens very quickly. And be prepared for the game on Tuesday, ”López continues.

This Tuesday, June 28, the center court will open for him, on his return to Wimbledon after two long years. He will undertake the first step of the London adventure against the Argentine Francisco Cerúndolo, 23 years old, 42 in the world. From there, sharp thorns appear in the names of Sam Querrey, Marin Cilic and Auger-Aliassime himself before a hypothetical semifinal against Berrettini or Tsitsipas. With Djokovic, who debuts with Kwon Soonwoo, he would only be seen in the final. Carlos Alcaraz, who arrives somewhat physically due to problems with his right elbow, will play his last preparation match today, against Casper Ruud. The Murcian will debut against Jan-Lennard Struff and would face names like Sinner or Isner; with the Serbian he could collide in quarters.

1 The ups and downs of the LaLiga teams live: Morales... 2 Aleix's indignation, who charges against Race... 3 Poor Spanish participation in the Mediterranean Games 4 The sons of Scottie Pippen and Shaquille O'Neal,... 5 FINA does not allow Anita Álvarez to compete in the... 6 The war continues over the failed bid for the 2030... 7 Cilic, Auger-Aliassime and Tsitsipas, on the way from... 8 This is how inflation affects the Formula 1 World... 9 "The atmosphere at Real Madrid is neither professional... 10 Paolo Banchero, Italian surprise for number one in... 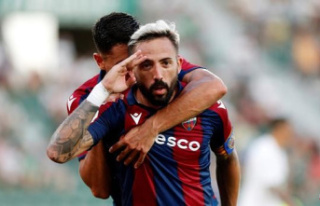 The ups and downs of the LaLiga teams live: Morales...