Mireya Arnedillo: «The difficulty of the record is marked by the 48 years it has been in force»

On May 25, during the Ibero-American Meeting in Huelva, Mireya Arnedillo from Zaragoza broke a historical record by improving the Spanish sub-20 record of the 1,500 women's, the oldest in national athletics. 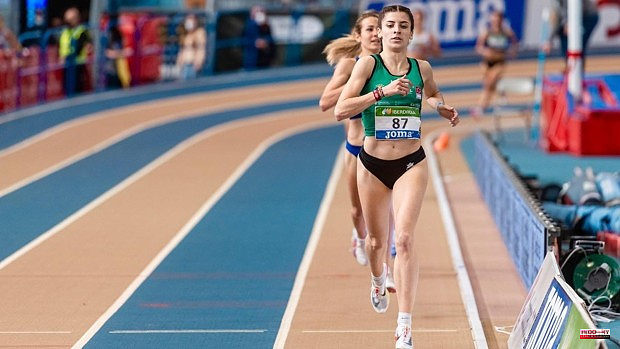 On May 25, during the Ibero-American Meeting in Huelva, Mireya Arnedillo from Zaragoza broke a historical record by improving the Spanish sub-20 record of the 1,500 women's, the oldest in national athletics. The young athlete, born in March 2003, stopped the clock that day in 4:11.06, just 55 hundredths faster than Carmen Valero, also from Aragon, one of the pioneers of this sport, did in 1974.

Trained by Jesús Romero, Arnedillo is one of the great jewels of the Spanish middle ground, with an impeccable service record in each and every one of the lower categories through which she has already passed. However, she assures that the best is yet to come.

His great dream is to wear the colors of Spain in an Olympic final.

Was this record an obsession or has it come as a bit of a surprise?

It is true that last year I was already one second behind, but it was not my main objective for this year. My coach has always told me that records come as a gift, that the goal is to beat yourself. I was going to Huelva with the intention of making a personal mark because I was training for it and that record emerged from the rebound. It was not a goal, but it was something that could be expected.

It ended with a brand with 48 years of validity. What does that tell you?

The difficulty of the record is set by that number. Until a few days later I was not aware of its value, because Carmen Valero did it 48 years ago when the situation was incomparable to today. She had much less means and the day-to-day life of women in sports was very complicated. You have to continue giving value to that brand.

What has Carmen Valero said?

When he called me I was talking to my coach and at that moment I couldn't pick up the phone. But he immediately sent me an audio message and his emotion was incredible. He was very happy. They had warned him and he didn't take long to congratulate me.

It seems like a wink of fate that it was another Aragonese athlete who surpassed that mark...

I met Carmen three years ago. We had the opportunity to do a photo session together and there she and she told me to continue training quietly, but that many good things awaited me. And of course, Carmen tells you and you have to believe it, although I followed my own thing a bit without being aware of what an important athlete she had been... But recently she came to see me in Sabadell, where I set the record than 1,500 on the indoor track, and he already told me clearly that he wanted me to improve his record now.

It's not a race that's too fast or too long. That's why it hooks. It has that point of emotion. It is very beautiful and complete, and being the protagonist of that test makes you special.

Right now he alternates it with the 800. Will it continue like this for a long time?

The 800 does have a very demanding pace from the start. By the time you realize it, they're already ringing the bell... It's true that for brands I could also focus on it, and as far as I can I'll continue combining the two, because I like them a lot. In the end, one is very positive for the other. The 800 gives you the spark you need when the 1500 is going too fast.

Do you ever talk to your brand coach or is it forbidden?

We set goals in the championships, but when I have to compete he never tells me the mark I can do. My intention as an athlete is to reach the finish line completely satisfied and exhausted, knowing that I have given everything. The brand is a consequence of that. It's not a forbidden subject, but I don't pay much attention.

His leap in quality has coincided with his first psychology course at the University. Can you handle everything?

I just finished exams. It is true that now traveling, training, studying come together... and it becomes very difficult. But at the moment I'm doing very well, I really like the degree and I'm lucky that my friends at the University help me.

Brands like the one from Huelva, do they compensate for so much sacrifice?

Totally. In the end, my life is going to train, coming home and making an effort every day. Making brands that reflect that effort pays off and makes me enjoy the journey even more.

How important is your family in all this journey?

My mother has always danced the jota and my father practiced athletics and soccer. Sport has always been present in his life and both my sister and I have been instilled with the importance of doing one, in addition to studying. It helps me to know how to organize myself, try to reach everything and set goals for myself.

How do you deal with pressure?

It has been lucky that since I was so little I had to face her. It is not easy to carry it, but if you surround yourself with people who contribute to you, you face it differently. The key is to train and work daily. No one is going to do that job for you and it is what gives you confidence so that later things will come out more easily in the competition.

Now that people are starting to talk a lot about you, they hear the phrase that you go very fast and that there is a risk that you will burn yourself. How do you see it?

We have all read it. Since I was little I have run a lot, but I have run training according to my age, and we are going to continue like this. Jesús, my coach, is clear about when we have to run, which is when we reach the absolute category. And if he is clear about it, I can only thank him for not being in a hurry, because athletes often are.

And aside from athletics, what do you like to do in your life?

Being with my friends and also sharing moments of tranquility with my family or alone. In a life as an athlete and student, those little moments are very much needed.

1 How to reapply photoprotection on top of makeup 2 Would you know how to distinguish a melva from a bonito?... 3 Canal de Isabel II generates 87% of the electricity... 4 More than 600 dead and 1,250 injured, the result of... 5 Jermell Charlo to Brian Castano prediction odds, picks:... 6 The responsible consumer tries to resist the hurricane... 7 On-site technology to reduce workplace accidents 8 Dance without leaving home... and with your own rhythm 9 High-rise innovation to see the forest as a great... 10 The Russian company Roe that makes gold by fueling... 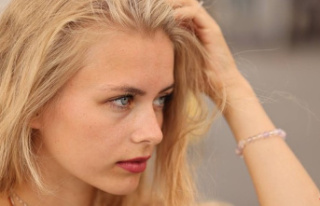 How to reapply photoprotection on top of makeup