Messi guides the triumph of Argentina in the 'Finalissima' of Wembley

The Argentine team was proclaimed champion of the 'Finalissima' after beating Italy this Wednesday (0-3) thanks to goals from Lautaro Martínez, Ángel di María and Paulo Dybala, in the match played at Wembley Stadium between the current the champions of America and Europe, respectively. 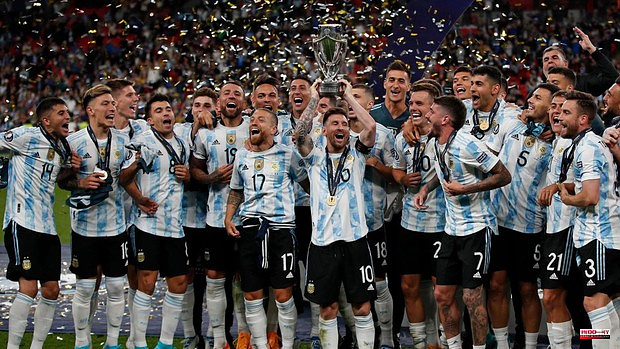 The Argentine team was proclaimed champion of the 'Finalissima' after beating Italy this Wednesday (0-3) thanks to goals from Lautaro Martínez, Ángel di María and Paulo Dybala, in the match played at Wembley Stadium between the current the champions of America and Europe, respectively.

Argentina commanded from start to finish and scored the first 'Finalissima' in history under this name. The heiress of the Artemio Franchi Cup (which also won the albiceleste in one of its editions) premiered her record with a recital by Lionel Messi, the best of the match in this event between UEFA and CONMEBOL champions.

The Paris Saint-Germain player did and undid to his liking, offering the level he had become accustomed to at FC Barcelona.

From his boots the 0-1 was born in a sensational play down the left side. The 'flea' got away from Di Lorenzo, whom he fooled with his body, and served the goal for Lautaro Martínez on a plate for close to half an hour.

Messi gave a gift to his partner, who had no problem beating Gianluigi Donnarumma and putting the first in the London night. The 'Finalissima' began to paint itself albiceleste thanks to the performance of the player from Rosario, who seems to have changed the role that he suffered for so long. Now it's the other way around, the national team releases Messi.

The goal gave wings to the team of his namesake Scaloni, which continues to consolidate itself in the position after having arrived on an interim basis in 2018. Since then, Argentina has not only been proclaimed champion of the Copa América, but also goes to the Qatar World Cup with the best sensations of the last decade.

Before the break, to make matters worse for the Italians - very lost since their failure to qualify for Qatar - it was 0-2, the work of Di María after a very talented maneuver. The 'noodle' stung the ball against Donnarumma and achieved a flag goal before the false start of his partner at PSG. Lautauro's pass behind Chiellini was half a goal.

In the second half, Argentina continued to dominate the match and had clear chances to extend the lead. Messi had two shots from the edge of the box, both with a save from the transalpine goalkeeper, but Dybala, already in the extension, did find the bottom of the net with a very powerful cross shot.

The Laguna Larga forward took over a rejection generated by Messi to put the tie to victory and unleash joy in the stands of the British stadium, plagued by Argentine fans. A triumph that -beyond the value of the Cup- consolidates the style and the bet of the always candidate in the World Cup on duty.

1 The Rolling Stones' Ultimate Immortality Lesson 2 Ruud defeats young Rune and will play Cilic for the... 3 Don PX Cosecha 2019: the emblem of the winery 4 Italian restaurants for all pockets 5 Is Tetuán called to be the new Carabanchel of art... 6 Coach Crys Dyaz shares her favorite spots in Madrid 7 The new luxury shopping center in Madrid, the best... 8 The WiZink 'vaccinodrome' closes and the... 9 Seven new elevators and other improvements for the... 10 Plaza 1 will continue to operate Las Ventas with an... 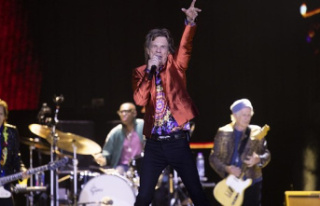