Satisfaction and relief at Repsol Honda after the doctors who operated on Marc Márquez's right arm this morning ensured that the operation went according to plan. 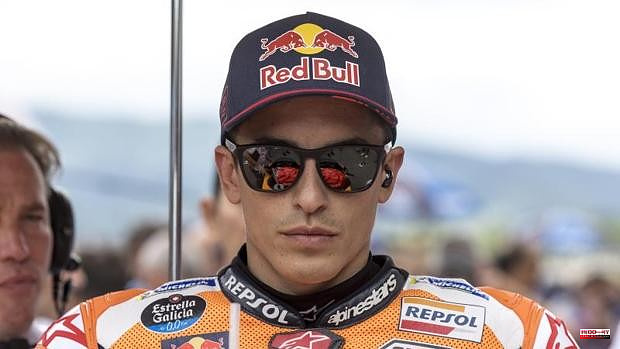 Satisfaction and relief at Repsol Honda after the doctors who operated on Marc Márquez's right arm this morning ensured that the operation went according to plan. The Catalan pilot underwent surgery on his right humerus at the Mayo Clinic in Rochester (Minnesota) and has been on the operating table for nearly three hours and in the hands of Dr. Joaquín Sánchez Sotelo and his medical team. The doctor has performed an uncomplicated humeral osteotomy that will allow Márquez to begin his recovery process immediately. Now, the pilot will remain in the United States for a few days to ensure that no postoperative complications occur. Later he will return to Spain to continue his rehabilitation.

“Today we operated on Marc Márquez's right humerus. The intervention has lasted approximately three hours and despite the complexity, the final result has been satisfactory", explained Dr. Sánchez Sotelo, president of the Division of Shoulder and Elbow Surgery at the Mayo Clinic. The surgeon has removed the two proximal screws from the posterior plate, which was placed in December 2020 by Dr. Samuel Antuña, and has subsequently performed a rotational humeral osteotomy. The doctor has tried to explain what it consisted of: «It consists of making a transverse cut of the humeral bone to rotate the humerus along its axis and the amount of external rotation performed today has been approximately 30 degrees. The humerus has been stabilized in the new position by means of an anterior plate with multiple screws. The surgery has been completed without incident.”

The pain and his difficulty driving made Márquez consider the possibility of undergoing surgery again. He made different consultations at the end of the year but the humerus was not yet fully recovered from the three previous surgeries that he had undergone since 2020 after a brutal crash in Jerez. However, on this occasion, Dr. Joaquín Sánchez estimated that the bone in his arm had already closed well and he was ready for the definitive operation. It is estimated that the driver from Lleida will be three or four months without getting on the bike and that he will be able to compete again before the end of the year. Stefan Bradl will take his seat at the Catalan Grand Prix this weekend.

1 Aketxe's great goal that returns the illusion... 2 Kilometric queues for the second consecutive day in... 3 The Diputación de Alicante transfers its discomfort... 4 Teresa Cardona, the new voice of crime fiction in... 5 An 89-year-old man dies in the fire at his house in... 6 The IGME will be the 'eyes' of the coastal... 7 The CNMV suspends the listing of Acerinox due to a... 8 The Madrid Gospel Choir sings against Alzheimer's 9 Manel Loureiro presents this Friday in Toledo his... 10 Sheets with mold, without air and in an abandoned... 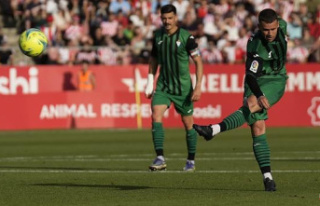