Luky Serrano: "There are no judges and officials in the Spanish sail"

Luky Serrano has been Director of Competitions for the Royal Spanish Sailing Federation (RFEV) since 2017 and as such is responsible for everything that has to do with holding regattas. 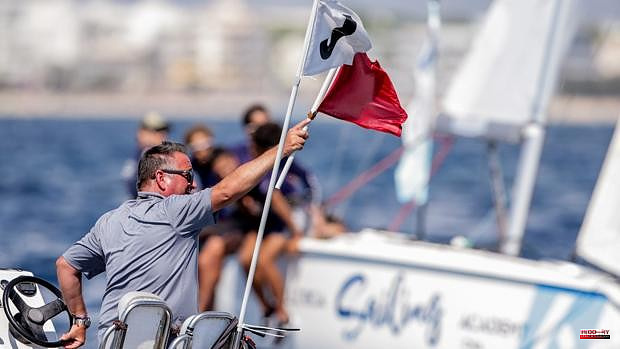 Luky Serrano has been Director of Competitions for the Royal Spanish Sailing Federation (RFEV) since 2017 and as such is responsible for everything that has to do with holding regattas. Judges, certifications, high-performance athletes, calendar, regatta instructions and regulations, among other issues, occupy the agenda of this Cadiz native of Puerto Real born in 1972 who learned to sail at the El Trocadero Nautical Club before beginning his career as a judge . Since 2002 he is an international official and since 2004 an international judge. He has participated in two Olympic Games (Athens 2004 and the Paralympics in Rio de Janeiro in 2016) and in numerous world sailing championships. At the beginning of May he was at the Real Club Náutico de Tenerife on the occasion of the celebration of the Spanish Cup of the Optimist Class 2022, then this interview was conducted for the Royal Canarian Sailing Federation.

How many regattas are held each year in Spain?

In the Hispaniola calendar there are between 140 and 150 regattas between cruisers and light sailing. I don't go to all the championships, I go to championships like this one (Copa de España de Optimist) that are for strategic and youth classes to collaborate with the organization in situ.

What classes are strategic?

La Española considers strategic classes those that are the basis of Olympic sailing. Optimist, ILCA 4, ILCA 6, youth tables… They are the quarry of the Olympians.

We are in the middle of the Olympic cycle, how are things going?

Next year is already decisive. As the Olympics were delayed a year, this cycle is shorter. The pre-Olympic team is working very well, next year will be a decisive year. There are great sailors and 2024 promises a lot. In 2020 there were very good results, we hope that they will be repeated or that they will improve. We are working hard, sailors, coaches, the federation staff... We are working full time because this cycle is shorter.

What role does the Canary Islands play?

Canary Islands, as always, a very important role. That is in history and in the record of the Canarian sailors. The Canary Islands have been one of the communities that has contributed the most Olympians and I understand that it will continue along the same lines.

What are your main objectives?

Continue giving the support we give to the championships, -every time the Spanish is more present in the national and international championships that are held in Spain-, and raise the technical level of these championships. Let everyone be clear that the RFEV is here to help clubs and athletes to achieve their challenges and improve. We are here to support.

Do you insist on the technical level, is there a deficit in this field?

There is a lack of judges, officers, beacons… we have to attract more people to these levels and give them more training. It is a deficit that has dragged on for many years, because not only has nothing been done, but it has been lost. Not enough work has been done to attract people and train them.

How much does it cost to train an international judge?

Officials, judges and measurers. It is everyone's job. A judge's initiation is a club, doing local regattas; then it goes to the regional level and here the federations have a decisive role. This is a ladder that is climbed step by step. When that regional judge has experience, he makes the leap to the national one, that's where the RFEV comes in to recruit these people again, give them facilities, so they can move around different communities and go to different regattas. This is practical, a person who does few regattas or who does one regatta a year is not going to reach the minimum level required to carry out their duties.

More in this sport that depends on so many factors, many things can happen in a regatta...

Exact. Experience here is a degree, because many things happen to someone who goes to many regattas. There comes a time when you say: 'this already happened in ..' That's where we have to bet. The last step is to go international. There is little difference between national and international (judge), the most important is the language.

How many are there and how many should there be?

There are many graduates but few active ones. We have the judges and officials divided into two groups. In group A there are about 60 officials and 70/80 judges. Meters there are less, they are relatively few, it is one of the estates that must be climbed. There is a significant deficit of sail gauges. In group A are the most active and those who pass an update test. For certain regattas like this one (Optimist) which is of a strategic class, the judges are from group A. The test is voluntary, whoever wants to show up. Group B is larger.

Is it difficult to be a race judge? The rules are long and complicated.

It is not difficult to be a judge. It's vocational, you have to like it. And then you need time. You can start as a club judge, but to get a level you have to spend time. The level is acquired based on doing many regattas and that takes time.

How many years to become a national?

If you are very active and your club does a lot of regattas, in three years you could almost be national. It not only depends on the judge himself, it also depends on the facilities given to him to carry out his work. When an autonomous Federation sees that there is a person with desire, there is the work: 'We are going to give this person facilities'.

By autonomous communities, which ones are better?

They are more or less the same, there are few people. It is a common note, also at an international level there are few judges. Most of the countries are in the same situation. The vast majority of young people prefer to train when they leave the competition.

We had a setback and we are trying, this does not change from one day to the next.

What's so attractive about being a regatta judge?

It is very vocational and it is a way of being linked to sailing for people who no longer compete, who do not require you to work as a coach every weekend.

Does being a judge require permanent updating?

Each regatta serves as a recycling. First you share experience (here in Tenerife there are 4 judges in the protest committee) with other judges and then every year each federation holds a seminar,

Is it difficult to make decisions that can affect the career of an athlete?

The judges are not here to impart justice, they are here to apply the regulations. This is a game and it has some rules, you cannot look to see if you are going to harm him... Sailing is everything, a good sailor arrives because he has had good coaches, and you have to try to have good judges when it comes to competing. The athletes are subject to a ranking with which the national teams are formed, if you go to a regatta and they disqualify you, that can get you out of a world championship. The decisions of the judges influence the athletes, that is why it is necessary to have the best possible level.

1 Paco Tous and Luis Zahera star in the shocking short... 2 Netflix, from Galicia 'to heaven' with Luis... 3 Acquisitions of nationality grow by 50% in Castilla... 4 These are the cheapest hours of electricity this Saturday,... 5 The alleged killers of Paraguayan prosecutor Marcelo... 6 What is a 'walkover' in tennis and what... 7 A boat will travel to the site of the Pitanxo shipwreck,... 8 Casper Ruud will face Nadal in the final after beating... 9 Tomás Rufo and Malvarrosa: a fight to the death 10 Casper Ruud meets his idol Nadal in the Paris final 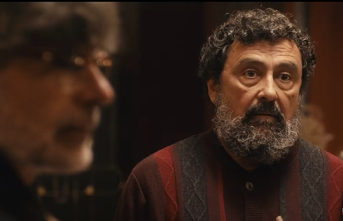 Paco Tous and Luis Zahera star in the shocking short...