Loses the papers, hits a rival and ends up disqualified from the Dauphine

Cycling is undoubtedly one of the most demanding sports in the world and leaves epic images with some frequency. 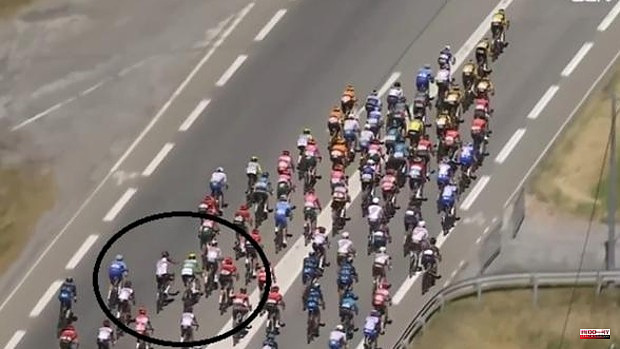 Cycling is undoubtedly one of the most demanding sports in the world and leaves epic images with some frequency. However, it also has a dark side that emerges from time to time, as happened recently in the 'Criterium du Dauphine'. Cyclists fly very close to each other and sometimes inevitable friction arises.

This is what happened to Juan Sebastián Molano in the sixth stage of this renowned race. The Colombian could not overcome the tension and ended up disqualified from the test for assaulting another cyclist on two occasions.

The United Arab Emirates team rider was involved in a heated argument at the end of the stage with Frenchman Hugo Page, a member of Intermarche-Wanty-Gobert.

The cameras caught the Colombian shaking his rival's bike and even hitting him in the helmet.

The scuffle between the two did not end there because once Molano crossed the finish line he went to Page's team bus to recriminate something and hit him again.

Already cold, the cyclist apologized for what he had done, acknowledging that he had made a "dangerous mistake" as a result of the final tension. "In the race to the finish it was fast and tense and in the heat of the moment I made a dangerous mistake," he said in an official statement from his team.

“I would like to apologize to Hugo Page and to all the riders for what happened. I understand why I was disqualified and I can only say I'm sorry and I learn from it," he added.

For his part, Page, 20, and who did not respond at the time to Molano's attacks, explained after the race that "obviously there is a fight for position, he was not happy and he gave me a good blow to the head ». “I did not react because it is not in the spirit of sport. What he did is unacceptable », affirmed the 20-year-old cyclist in statements collected by the 'VeloNews' media.

"He insulted me, but it's not my problem. I'm only interested in my own sprint, and I don't know why she bothered, "she settled.

1 Justin Bieber postpones his tour due to facial paralysis... 2 Ximo Puig supports Mónica Oltra despite the serious... 3 Olías del Rey invests 40,000 euros in its new space... 4 The most anticipated music festivals for the summer... 5 Official: Real Madrid announces the signing of Tchouaméni 6 Arrested a Bundesliga footballer accused of raping... 7 Luis Enrique lowers the smoke to Gavi: "He has... 8 Cañadas: "The Circle always anticipated and... 9 The cultural week of the Centro Extremadura Talaverano... 10 Civil Protection calls for maximum vigilance due to... 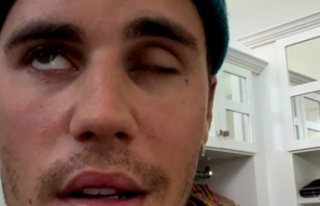 Justin Bieber postpones his tour due to facial paralysis...