On Wednesday morning, the street near the San Francisco Giants' spring training facility was quiet. 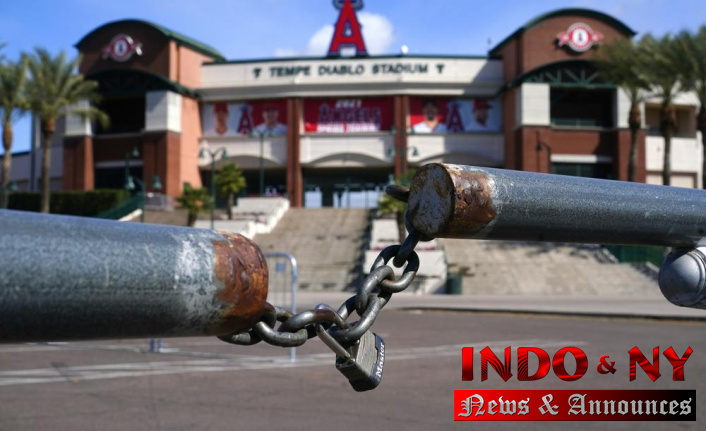 Sean Ramirez, a bartender at Los Olivos Mexican Patio was stacking plates before his lunch shift and cleaning glasses as he contemplated the lockout in Major League Baseball.

Ramirez, the son of the restaurant's founder and a 15-year veteran behind the bar, said, "This is usually the time of year man." "This is the spot where Giants fans hang out. We are often crowded with San Francisco and Sacramento Giants fans."

On March 31, the sounds of spring baseball, from the crackling of wooden bats to the music blasting from stadium speakers to the shouted requests of autograph seekers, were muted or absent. This was supposed to have been the day that catchers and pitchers began their workouts to prepare for the opening day.

It was instead Day 77 of the lockout, which has become the longest work stoppage in baseball's history. While many minor leaguers will report to camp in Arizona or Florida, the dates vary depending on which team they are with. However, the 40-man roster players will not be allowed on the field until MLB reaches a compromise.

Johnny Rivero, a Yankees fan, said, "I'm very sorry because there's no one here, and we will have a brief spring training." Rivero was a 59-year old Yankees fan, who was looking for autographs at Tampa's minor league facility.

There isn't much going on right now.

The most disappointing thing for baseball fans is the inability to find any solutions to the financial impasse. This week, neither side made a public statement to admit that spring training has not started on time since 1995.

The bargaining process will resume on Thursday.

On Wednesday morning in Florida, the statue of George Steinbrenner, who was the late owner of the Yankees, faced an empty parking lot and closed ticket windows. It was in the 70s and there was a strong east wind blowing from right field. This is where the workout would have taken place.

It was almost silent in Arizona outside of Salt River Fields where the Arizona Diamondbacks (and Colorado Rockies) share facilities. A parking lot security guard was left wandering aimlessly in the cold and damp conditions.

After a 2020 cut due to the COVID pandemic, and a 2021 without much attendance due to health restrictions, this is the third consecutive spring training.

Ramirez stated that he doesn't know what Los Olivos will look in February and March, if there is no baseball. He just hopes the two sides come to an agreement quickly.

Rob Manfred, baseball commissioner, stated that he is optimistic and believes we will reach an agreement in time for us to play our regular schedule. "I see missing games being a disaster for this industry and we're committed towards making an agreement to avoid that."

Regular season 2020 was reduced from 162 games per team down to 60. Regular-season games were also played in empty stadiums. Only Texas opened the season at full capacity. Other U.S. teams reached full capacity from Atlanta on May 7 through Seattle on July 2. MLB attendance was 45.3 Million, a decrease of 68.5 million from 2019.

Manfred stated last week that it would take approximately four weeks to train, plus additional time to ratify and for players to travel to camps.

It is anyone's guess when that time will come. Fans and workers like Ramirez remain in limbo.

The bartender stated, "This is what you rely on to help you the rest of the year." "We don’t know what we can expect."

1 Woods is back on the PGA Tour, but only as a tournament... 2 Riviera is a major-like field where the stars are... 3 Justice Department investigates supply-chain disruptions... 4 Where is my tax refund? IRS reveals when the money... 5 Varney: Trudeau’s war against Canadian truckers... 6 Amazon pulls Black Lives Matter charity program from... 7 Google launches job training and placement initiative... 8 Brazil's deadly mudslides are a result of climate... 9 Greece: The search continues for 12 people who were... 10 Hong Kong has reported more than 6,000 cases of virus... 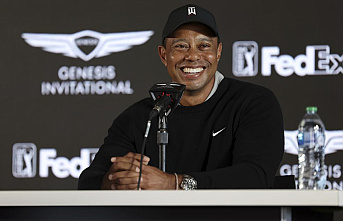 Woods is back on the PGA Tour, but only as a tournament...