"Lewandowski wants to show that he is better than Benzema"

Once the soap opera of Kylian Mbappé was resolved, with Real Madrid composed and without a girlfriend, and with the permission of signings such as Rüdiger or Tchouaméni, the focus of the market has shifted to the slender figure of Robert Lewandowski. 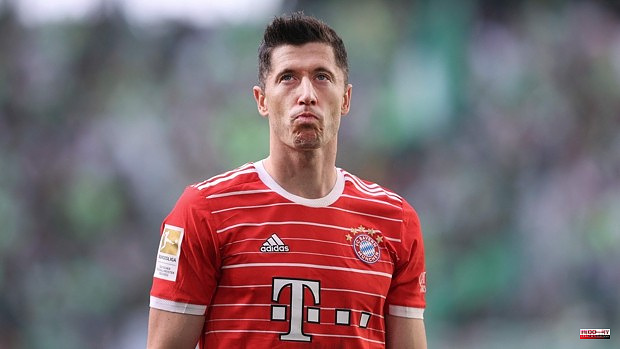 Once the soap opera of Kylian Mbappé was resolved, with Real Madrid composed and without a girlfriend, and with the permission of signings such as Rüdiger or Tchouaméni, the focus of the market has shifted to the slender figure of Robert Lewandowski. The Polish striker maintains his crusade with Bayern Munich, his current club, to allow him to leave Bavaria for Barcelona.

The operation seems like little complicated. The German champion, who has just recruited Sadio Mané for his forward, does not give his arm to twist and asks for his battering ram about 60 million euros. And Barça at the moment does not even reach 40.

While the tug-of-war is resolved with some imaginative formula or some exit that frees up the budget in the Barça squad, Cezary Kucharski, former agent of the Pole, has taken the floor to unravel the desires and the way of acting of the one he represented.

"He wants to show that he is better than Benzema, it is another reason to go to Barça," Kucharski explained to the Cadena Ser microphones. The agent explained that "Lewandowski has no dreams. For him, playing football is a job and it's very professional» and that is why for him «Real Madrid and Barça are at the same level».

For Kucharski, the operation will end up coming to fruition due to the desire of both the footballer and Barça to get hold of him: «Barcelona and Lewandowski are going to fight for this signing. I think he is going to sign for Barcelona, ​​I see it as possible». "He has to put pressure on Bayern to release him from his contract. The Bayern leaders knew that he wanted to go to Spain. His plan was Germany, then Spain and finish his career in the United States », he concluded.

In addition to Barça itself, the one who would welcome Lewandowski's arrival in the League is its president, Javier Tebas, who acknowledged that he would like to see him dressed as a Barça player.

«I hope that next season he plays for Barcelona and has a good championship. We hope that those levers that Barça has activated will serve to bring Lewandowski to Spanish football, because he is a legend of Bayern Munich and of European football", declared the president of LaLiga in the presentation of 'Legends-The Home of Football ', which will be the largest football museum in the world, and which will be installed in the center of Madrid.

"What I can say is that if they execute and sign the agreements they approved, Lewandowski will be able to be at Barcelona. I don't know by what number»; he settled.

1 The Iacobus Maris unfurled sails in Genoa 2 Tomás de Perrate: «We must continue in the classic... 3 Ence projects in As Pontes a complementary plant to... 4 The Galician PP does not close to reforming the Statute... 5 New SER zones come into force in Madrid: these are... 6 The PP calls on Puig to put an end to his "water... 7 Airef estimates that extending the anti-crisis package... 8 Caruana against Nepo, the United States against Russia:... 9 The Diputación asks for a Faculty of Medicine for... 10 «Alejandro was always a child, in his ID he continues... 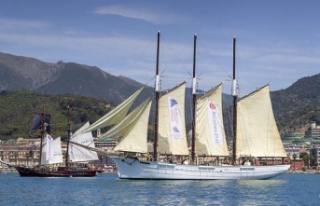