Lewandowski insists on going to Barcelona

Barcelona still do not know under what conditions they will be able to go to the summer market but they are aware of having the agreement with Robert Lewandowski, who is forcing Bayern Munich to agree to allow him an exit despite the fact that his contract expires in 2023. 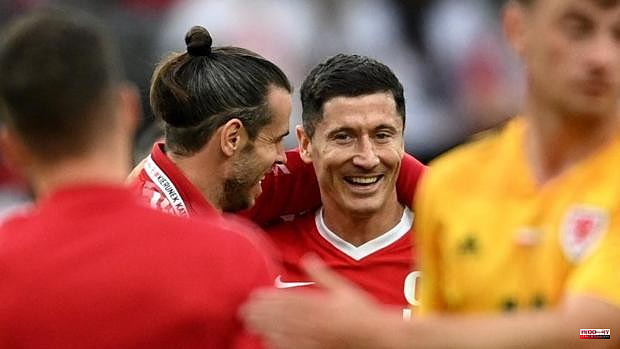 Barcelona still do not know under what conditions they will be able to go to the summer market but they are aware of having the agreement with Robert Lewandowski, who is forcing Bayern Munich to agree to allow him an exit despite the fact that his contract expires in 2023. In fact, there has been speculation about the possibility that the Polish striker will not make the preseason with the German club to force an exit. Every time he can, he winks at Barça and now he has done it again after giving an interview to the Polish media podcast channel 'Onet Sport'. His messages are becoming more forceful.

"I just want to leave Bayern, loyalty and respect are more important than work, the best way is to find a solution for both parties," he explained while ditching any other possibility: "Something has died in me, I want to leave Bayern to look for new emotions in my life.

In the same interview, Lewandowski commented that "after several seasons in Munich and having given my best, now I want to leave Bayern." And he assured that "I do not consider any other proposal", when the interviewer made a reference to "the club that everyone talks about". Lewandowski did not directly quote Barça, but it was clear that he was referring to the Catalan club.

In any case, it is not so clear that Barcelona can sign Lewandowski. First because he has to negotiate a transfer with Bayern, who are not willing to let him go for free. And then because the club's financial situation and its overflowing wage bill prevents players from registering if LaLiga's fair play is not achieved. "Barça know what they have to do. He knows perfectly our rules of economic control and his financial situation. The rules are to avoid major economic problems in the entities. I don't know if he will sell De Jong, Pedri or Pepito Pérez," Javier Tebas recently warned. The employer's president was very emphatic: «He knows what he has to do, sell assets and enter more, that's what he has to do. Barça has had many accumulated losses in recent years, some that could have been avoided, and has to fill the pantry. Just as Madrid has filled it, Barça has it empty. Today he cannot sign Lewandowski."

1 UN urges Thailand to evaluate Rohingya's refugee... 2 New Zealand PM will visit Australian counterpart in... 3 Johnson of the UK tries to regain power after rebelling... 4 Cervantes leads the Observatory that will guide the... 5 The Mossos call for a detection protocol after the... 6 The National Police dismantles a criminal organization... 7 Castilla y León rules out judicial appeal of the... 8 They recover more than 46,000 euros that a person... 9 Union associations of interim secretaries of four... 10 The Toledo City Council regrets the "lack of... 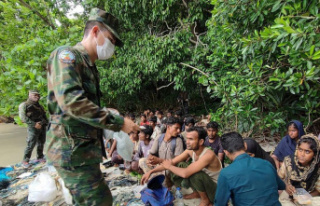