Pedro Butron's Sun Fast 36 'Kouko' skippered by Dani Cuevas was proclaimed the winner of the 9th Straitchallenge Regatta between Algeciras, Tarifa and Ceuta this Saturday. 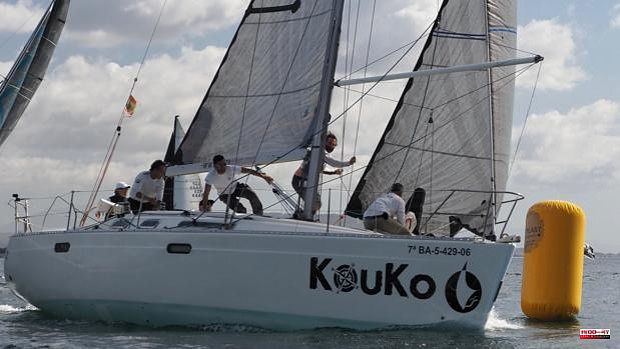 Pedro Butron's Sun Fast 36 'Kouko' skippered by Dani Cuevas was proclaimed the winner of the 9th Straitchallenge Regatta between Algeciras, Tarifa and Ceuta this Saturday. Cuevas manages to win for the second consecutive year with a different boat and he does it without fail and sailing on the spot so that the accounts come out. The Marítimo Linense boat achieves victory over the Grand Surprise of the CV Vendaval 'Ceuta' with another great in the tiller, the Sevillian Sergio Llorca, who has managed to sail ahead but not the necessary distance to beat him after the time correction, staying just over eight minutes. In real time, the heads-up match between the two was resolved on the side of 'Ceuta' after recovering from a bad start, sailing on its bow from Tarifa until arrival at 4:41 p.m., followed at 4:50 p.m. of caves.

“We are very happy, things have gone very well and we have succeeded with the tactics, we have saved the current entering the Mediterranean by giving land embankments and the fight with Sergio in the tacks has been very nice. I think we were right from the start where we looked for the left hand side and it worked out well for us once the big boats chose to tack to the right. After unmarking at Punta Carnero we also made a good stern and from there to Tarifa I think the key to the regatta has been”, Cuevas declares.

The third place in the general ORC is for the 45-foot boat based in the CN Sevilla, 'Balboa' owned by Ángel Rodríguez, the only boat among the largest that comes close to the previous ones in the final notes. Among these, the first boat to take the finish was the 53-foot 'Aviador' owned by Gabriel Medem and flagged by RCM Sotogrande, followed by the trimaran 'Phoenix' owned by Anna Bohner based in Alcaidesa Marina and the Salona 45 of the CN Puerto Sherry 'Leiden ' of the shipowner Leonardo Ulecia.

Joaquín Angoloti classified fourth with the First 40.7 'Tareis T' under the RC El Candado flag and closing the top5 of the ORC division, the 38-footer 'Kea' owned by Antonio Infante of RCN de Algeciras, ahead of 'Leiden' . In the general standings by class, Cuevas' men win ORC 2, followed by 'Ceuta' and Philippe Vigneron's Sun Fast 'Paul Chimene' under the RCM Sotogrande flag, and 'Balboa' wins ORC 2, followed by 'Tareis T ' and 'kea'.

In the Club and Reduced Crew classes, the winners are Francisco Galera's Fortuna 9 'Flamenco', based at the RCN in Algeciras, with second and third place for Alcaidesa Marina's 'Enigma', winner of the previous edition, and the 'Viejo Lobo' by Juan Leiva from CN Saladillo, and First 36.7 'Tangay III' by José Ramón Villalba, winner in Reduced, followed by X 43 'Taboox' by Ángel Gutiérrez and 'Ariana' by Antonio Calle representing CM Linense.

The 32 boats registered took the joint start in the Getares cove at 10:20 a.m. with west winds of 9 knots of intensity. From the start to uncheck and to the cardinal mark located in Punta Carnero, to head towards Tarifa on a beautiful beat with the wind already blowing at 12 knots. The first ships to take Tarifa were the longest, in this order, Aviador, Leiden, Tareis T and Balboa. With a few minutes to go until 1:00 p.m., more than half of the fleet was already in Tarifa, which made it possible to foresee a fast regatta towards Ceuta, with the wind rising to 18 knots in Punta Carnero. Once in the autonomous city of Ceuta, the committee gave the arrival with an average of 24 knots in front of Benítez beach.

Already in Ceuta, sailors and committees participated in the welcome ceremony and trophy delivery to the absolute and class winners, in an act that took place in the facilities of the Real Club Náutico CAS. There, they were received by the Minister of Sport and Youth, Lorena Miranda; Alejandro Martinez, Minister of Development and Tourism; Tamara Guerrero, General Director of Tourism; Javier Lesmes, Coordinator of Tourist Services of Ceuta; Adolfo Orozco, Director of the Ceuta Port Authority; Roberto García, Civil Guard Captain of the Sea; Irene Buzón, Manager Marina Hércules Puerto Deportivo de Ceuta; Diego Martinez, Director of Costs; Francisco Sierra, Maritime Captain of Ceuta and Millán Leira Neira, Naval Commander of Ceuta.

1 12.250 million for Spain's microchip design and... 2 Brussels urges debt reduction despite fiscal suspension... 3 With a 1.6% increase, the Stock Exchange has surpassed... 4 Labor attributes the shortage in waiters to low wages... 5 Biden, the first lady, moved from Delaware's... 6 Covid relief PPP funds were awarded to real estate... 7 Retired officer was arrested with fake Interpol badge,... 8 Ukraine's discomfort at Macron's words insisting... 9 Early in the evolution of mammals, the first hypercarnivores... 10 The public employment macro-offer is expected to be... 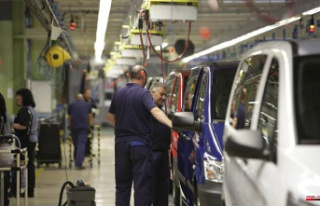