Karius says goodbye to the goal of his nightmares

At the level of Zidane, Liverpool, Cristiano Ronaldo, Atlético de Madrid, Paris, Raúl, Glasgow, Stade Reims or Brussels, Loris Karius is one of the names that have marked Real Madrid's successful history in the Champions League. 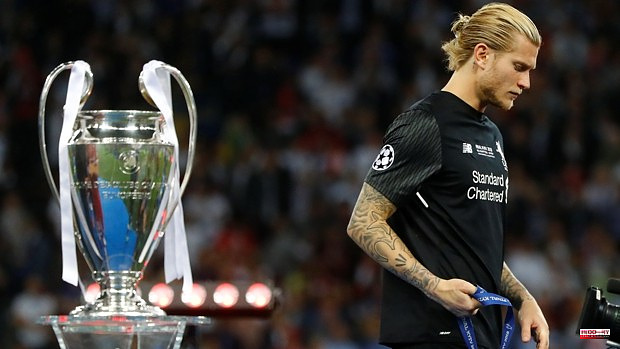 At the level of Zidane, Liverpool, Cristiano Ronaldo, Atlético de Madrid, Paris, Raúl, Glasgow, Stade Reims or Brussels, Loris Karius is one of the names that have marked Real Madrid's successful history in the Champions League. The German goalkeeper was decisive in achieving one of the last European championships won by the white team, specifically that of 2018 in kyiv against Liverpool, when his surprising mistakes buried the options of the 'red' team and once again boosted the continental throne to the whites.

This Thursday the English team has confirmed the end of its relationship with Karius, once his contract has expired and after not having played a single minute this season despite being in the squad as the fifth goalkeeper.

At 28, the goalkeeper sees the end of a stage in his career that promised to be exciting, appearing in the kyiv final as one of the most fit goalkeepers of the moment, and that ended up sinking him after his mistakes, against Benzema first and Gareth Bale later.

In fact, after that fateful match in Ukraine, the German goalkeeper's future in Liverpool went black. Despite his player's staunch defense, arguing that his poor performance was due to a blow to Sergio Ramos that left him knocked out, the English club loaned him the following season to Besiktas in the Turkish league while signing, in one of the signings of the summer, the Brazilian Alisson Becker.

The goal of the loan was for the Istanbul team to be a springboard for Karius to regain momentum after the kyiv Olympic fiasco, but the plan did not work out. Despite having many minutes of play, the German did not shine again as he did in his beginnings at Mainz, which would end up taking him to Liverpool, or in his second season defending the red shirt before the fateful European final.

In his two Turkish years, the goalkeeper accumulated a good number of games, but ended up having problems with the club for financial reasons. The defaults twisted his adventure and he ended up leaving on loan to a new destination: Union Berlin.

In the German capital he did not play what he expected and ended up returning to Merseyside as the fifth goalkeeper in the 'red' squad and with a testimonial role in the last season of the European runner-up. Thus, despite belonging to Liverpool since the 2016-17 campaign, he leaves the club with only 49 games defending his shield and a discreet mention on the club's website.

Contrast this treatment with the farewell that Liverpool gives to the Belgian Divock Origi after eight seasons at the club. Faced with the Karius fiasco in kyiv, Jürgen Klopp's team will always keep good memories of the striker for his brilliant performance in the semifinals of the 2018-2019 Champions League, with the spectacular comeback against Fútbol Club Barcelona at Anfield. Also for his 41 goals in 175 games despite always having remained in the shadow of Salah, Mané and Firmino.

1 Llop responds six months later to the reinforcements... 2 Good perfume in a small bottle 3 Inés Guillén, from Castile-La Mancha, new president... 4 Maduro visits Algeria in the midst of a diplomatic... 5 Repsol sells 25% of its renewables business to EIP... 6 Naturgy and Cepsa are following the conflict in Algeria... 7 Ibiza hosts for the first time the Cutty Sark Spirit... 8 A forged passport has the World Cup in suspense 9 Holocaust memorial chair thanks pope for opening archives... 10 Poland's PM urges for more coal to lower heating... 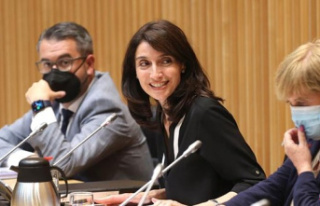