Jordan Díaz, athlete who is called to become the sensation of the world triple jump, has confirmed the forecasts that gave him as a favorite in the Spanish Outdoor Athletics Championships and this Sunday he was proclaimed champion with a flight of 17. 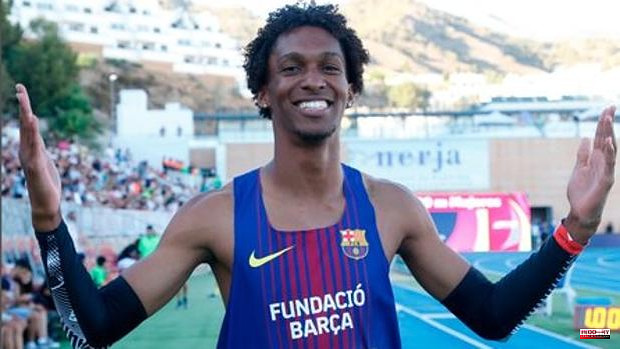 Jordan Díaz, athlete who is called to become the sensation of the world triple jump, has confirmed the forecasts that gave him as a favorite in the Spanish Outdoor Athletics Championships and this Sunday he was proclaimed champion with a flight of 17.93 meters, although that jump, the second of his contest, has not been validated as a new Spanish record as it was made with a 2.5 wind in favor. But the Barcelona athlete has established a new national record in Nerja (Málaga) because on his first attempt he went up to 17.87 meters.

Born in Havana 21 years ago and nationalized since last February, the young student of Iván Pedroso arrived at the event leading the year's world ranking.

In Nerja he has won his first title in the Spanish Championships after being forced to give up the Indoor Nationals due to physical problems. His contest has been spectacular since the first jump, in which he has gone to 17.87 meters, a flight with which he achieved a new record for Spain. In the second he surpassed it again with a jump of 17.93, but the wind (2.5) invalidated a new record.

Jordan, showing a smile throughout his contest, has surpassed by 9 centimeters the Spanish record that he achieved in the Alicante town of La Nucía earlier this month with a jump of 17.76, the best world record of the year until this Sunday . The athlete of Cuban origin has prolonged in Nerja the triumphant trajectory that is accompanying him in 2022 and that brings him a little closer to a world record with more than a quarter of a century of history. The one achieved by the Englishman Jonathan Edwards at the World Cup in Gothenburg (1995) by jumping 18.29 meters. Only six men have exceeded 18 meters throughout history and Jordan Díaz is getting closer to being able to break down that wall.

After breaking the Spanish record for the first time in Salamanca (17.27), improving it in Andújar (17.30) and breaking it again a week later in La Nucía (17.76), Jordan Díaz was flying in Paris a week ago, where he was winning his first Diamond League rally in Paris. A year of celebrations adorned this Sunday with his first Spanish Championship and a new national record.

Jordan, one of the athletes with the most future in the triple jump, was signed by the Spanish Federation after in July 2021 he decided to take the step of leaving the Cuban delegation with which he participated in the tournament in Castellón, a flight that closed the doors of the Tokyo Games for which it was already qualified.

Although he has been training in Guadalajara for almost a year under the orders of Iván Pedroso, Jordan Díaz will not be able to wear the Spanish shirt until at least 2024, the goal being that he can attend the Paris Games.

Everything pointed to a duel between Adel Mechaal and Mohamed Katir in the final of the 1,500 meters, but a 22-year-old man from Salamanca, Mario García-Romo, gave the surprise by proclaiming himself champion of Spain with a time of 3 minutes, 35 seconds and 52 hundredths. A mark with which he has achieved the minimum for the European Championships in Munich.

The athlete born in Villar de Gallimazo, a Chemistry student at the North American University of Ole Miss, was euphoric after proclaiming himself champion of Spain. "I've been dreaming about this race for the last few weeks, I was dreaming about it, but I didn't expect it. It is the result of a lot of work with Lucio Rodríguez and then in the US », he explained at the microphones of Televisión Española.

1 The hated leader: Russian Nepomniachtchi becomes a... 2 Ferran Soriano, executive director of Manchester City,... 3 Morocco digs 21 graves to bury immigrants killed in... 4 At least five dead and 500 injured when a stand collapses... 5 The murderous basement of the Manuel Carmona street... 6 More than 1,600 minors are serving sentences for committing... 7 Madrid, armored and blocked by the NATO summit until... 8 Redexis: Green hydrogen, the key to a zero-emissions... 9 Spain bets big on the sustainable revolution of green... 10 The opportunity to structure the country on a new... 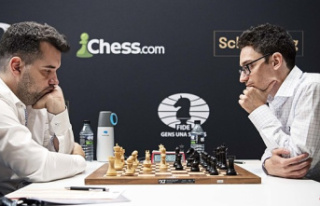