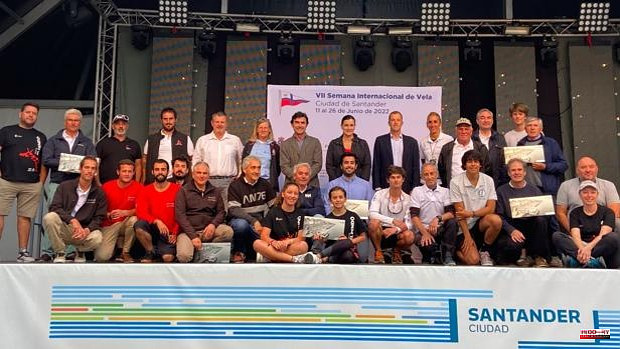 A large fleet of 22 participating boats, distributed in classes IRC1-2 and IRC3, have faced two days of regattas with the dispute of two windward-leeward on Saturday and a coastal route on Sunday.

The general classification has shown excitement until the moment of crossing the finish line at the Real Club Marítimo de Santander, when a really hard-fought podium was revealed and in some cases it has been resolved with draws on points.

In the IRC1-2 class, Javier Gayo's First 40.7 Yamamay confirmed the gold after winning the coastal race through Santander Bay and the pass, while the J99 Impredigital took the silver, just one point behind the leader.

The third step of the podium is broken after a three-way tie between Ignacio Giménez's SunFast 3200 Kenex, Gustavo Arce's Sunfast 3200 Aizén and Juan Viadero's Sun Fast 40 Mi Gabriela and bronze in the end.

In the IRC3 class Ricardo Reguilón's Half Ton Pendo Camargo, and despite scoring a fourth in the last test, manages to achieve gold despite the attack of Cesar Obregón's Hanse 315 Blendio. Third, despite the puncture in the final test, is the First Class8 Gabriel Onofre de García de Soto.

The City of Santander International Sailing Week, organized by the Real Club Marítimo de Santander, is the legacy of the great Santander 2014 Olympic Class World Championship and the 2017 World Cup Final Series, and has the support of the Santander City Council, Port of Santander, Government of Cantabria, La Sociedad, Lebaniego Jubilee Year, Sport Cantabria, IMD and V Centenary of the trip around the world.

The Real Club Marítimo de Santander would like to thank all the institutions, sponsors and participants for their unconditional support of this event, Santander City International Sailing Week, a clear benchmark for sports events in the north of Spain.

1 Gunnar Biniasch makes history by winning the first... 2 Alfredo González and Cristian Sánchez, winners of... 3 A parade in Cabezón raises funds for people with... 4 These are the cheapest hours of electricity this Monday,... 5 Jordan Díaz breaks his triple jump Spanish record... 6 The hated leader: Russian Nepomniachtchi becomes a... 7 Ferran Soriano, executive director of Manchester City,... 8 Morocco digs 21 graves to bury immigrants killed in... 9 At least five dead and 500 injured when a stand collapses... 10 The murderous basement of the Manuel Carmona street... 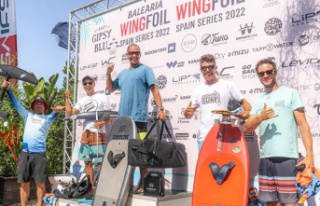