How The Jets May Be Poised For A Super Season Now that the Super Bowl has concluded and the Los Angeles Rams are crowned as champions for the 2021-22 season, it’s time to turn our attention to the upcoming off-season storylines.

For example, will we see the Arizona Cardinals host the Super Bowl and continue the host city and host team's recent trend to win the big game? Before 2020-21 when the Tom Brady-led Tampa Bay Buccaneers and this year’s Los Angeles Rams, no team had hosted a Super Bowl, played in the game at their home stadium, and won, for that matter.

For the Cardinals to host, play, and win will require mending some fences between quarterback Kyler Murray and the rest of the team.

It’s been reported that Kyler Murray deleted any reference to the Cardinals on his personal social media accounts, and reports began to surface before the Super Bowl that Murray was considered “immature and pointed the blame on others,” unable to accept personal responsibility.

How the drama in the desert unfolds in the coming months could have a seismic shift in the NFC West and NFL landscape as a whole.

We’ve seen this drama play out in the Aaron Rodgers, Green Bay Packers situation to the tune of a top-seed in the NFC and a back-to-back NFL MVP award for #12, so if the past is prologue, good things may be possible for the Cardinals.

Adding drama and uncertainty is part of the intrigue of the NFL off-season, from free-agent destinations to draft picks, retirements, and more.

Now, let’s take a look at some of the more intriguing storylines for the upcoming off-season of the J-E-T-S.

Can The Jets Be The Next Cincinnati Bengals?

In just his second season, Joe Burrow led the Cincinnati Bengals to the edge of the promised land, only to fall short of the championship by a fourth-and-one play to possibly tie up the game.

And all this despite Burrow missing significant action in his rookie year due to the torn ACL he suffered in week 10 of the 2020-21 season.

So how does that story fit the Jets and Zach Wilson?

With multiple games lost due to injury and not having a roster of healthy players in support, Robert Saleh had his hands full.

With the majority of players able to return under second-year coach Robert Saleh and Wilson's growth throughout his rookie season, some predict a significant jump in the young quarterback’s play in year 2.

Mix in the potential for running-back Michael Carter to get over 1,000 yards in year two of his NFL career, and the Jets could be primed for a great season.

The combination of Wilson and Carter should be the foundation of the offense for years to come, much like the aforementioned Bengals with their young quarterback. Could a super-season be in the mix?

It all depends on the offseason, building through the draft, and selecting suitable free agents.

Free Agents The Jets Should Target

As the free-agent period begins, the Jets would be wise to focus on a pass rusher, receiver, and tight end. There are some elite players available in both free agency and the draft, but for the sake of making significant strides in year two under Coach Saleh, targeting an elite receiver and tight end has got to be a priority.

Wide Receivers: Davante Adams may be the most-elite option on the market, but also the most out-of-reach at a price estimated to be at $130 million-plus. Add to the fact that Aaron Rodgers may return to the Packers, and it makes it challenging to see Adams in anything but Packer green.

Tight Ends: Even the casual observer of the New York Jets recognizes there needs to be a significant upgrade at the tight end position.  The position has plenty of available upgrades highlighted by Zach Ertz, Rob Gronkowski, C.J. Uzumah, and Mike Gesicki.

What the Jets decide to do with their roster moving forward can have a pretty significant impact on the fantasy football landscape as well.

The significance of free agency in fantasy football can’t be understated either. If you aren’t using an NFL optimizer tool to help you draft and with roster management, you can expect to be on the outside looking in come playoffs season.

High-volume players like Michael Carter become even more valuable in traditional scoring leagues, and predicting the best fantasy team takes some skill. However, being educated on player usage and finding the best lineup weekly is part of what makes fantasy football so fun.

1 Students from California have enjoyed the work of... 2 Artifacts taken from the U.S. billionaire were returned... 3 Daddy Yankee declares he is retiring: "I see... 4 Reese Witherspoon purchases film rights to Dolly Parton's... 5 26-year-old woman charged with murdering NYC singing... 6 Tornado that swept her house onto the street kills... 7 Jackson calls her Christian faith but is mum about... 8 California Supreme Court confirms Judge as 1st Latina 9 "Torture and Murder": The Ronald Greene... 10 Scientists are concerned that a virus variant could... 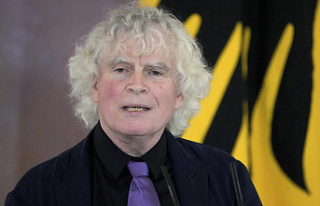 Students from California have enjoyed the work of...