How much money does the winner of Roland Garros 2022 take?

On the clay of Paris, great names have been formed in the world of tennis. 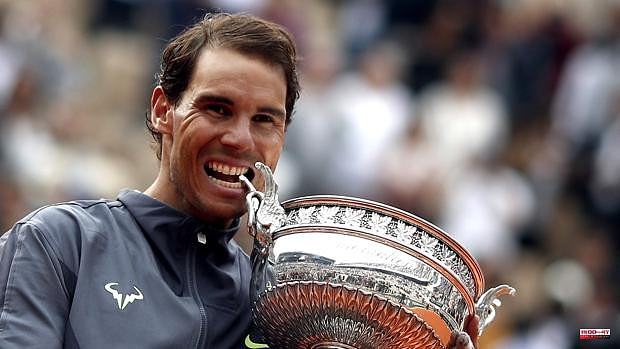 On the clay of Paris, great names have been formed in the world of tennis. Roland Garros, the second Grand Slam of the season, which is always played at the end of May and beginning of June, has for years crowned some of the most important tennis players in history to become one of the most renowned tournaments in this sport.

To the glory of winning a title as recognized as the Musketeers Cup is also added the large amount of money obtained after winning the tennis championship. In both the women's and men's modalities, the winners of their respective finals obtain a succulent cash prize.

This 2022 the prizes have increased compared to the 2019 edition, the one that took place in the year before the coronavirus pandemic: the total budget will be about 43.6 million euros. Up to 6.8% has grown the money received by the tournament participants who, for each phase they have passed, will take home a good sum.

But how much money does the winner of Roland Garros 2022 get? This is everything you need to know about the economic prizes that the participants of the Parisian tournament receive.

This Sunday, May 5, we will know who will be the winner of the individual men's draw at Roland Garros. The French competition will award both the winning tennis player and the winner of the women's discipline 2.2 million euros.

For its part, the fact of reaching the final will allow the tennis player who manages to obtain at least 1.1 million euros. Those who have reached the semifinals will win 600,000 euros and those who, for their part, have not managed to pass the quarterfinals, will get 380,000 euros. Likewise, 220,000 will be entered for those who fall in the round of 16 and those who fail to pass the first round will receive 62,000 euros.

In addition to the economic prizes, the participating tennis players at Roland Garros will obtain a succulent number of points towards the ATP ranking classification for each round they pass.

These are the economic prizes and the points that you will get for each of the rounds of the individual boxes:

1 Why is the Roland Garros trophy called the 'Musketeers... 2 The Tour of Mallorca A3 begins 3 When does the Shein 'pop up' store in Madrid... 4 Silvia's family, in a coma after a cosmetic operation:... 5 Round trip ocean races for the IMOCA and Ultim 32/23 6 Nadal: "I'd rather lose the final for a... 7 The J Class will star in the Super Yacht Cup that... 8 Luky Serrano: "There are no judges and officials... 9 Paco Tous and Luis Zahera star in the shocking short... 10 Netflix, from Galicia 'to heaven' with Luis... 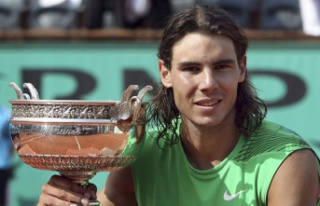 Why is the Roland Garros trophy called the 'Musketeers...