The chroniclers and historians of the national team were looking for a first half of Spain as bland and unproductive as the one he gave away at the Sinobo Stadium, when Gavi appeared to change the course of events again. 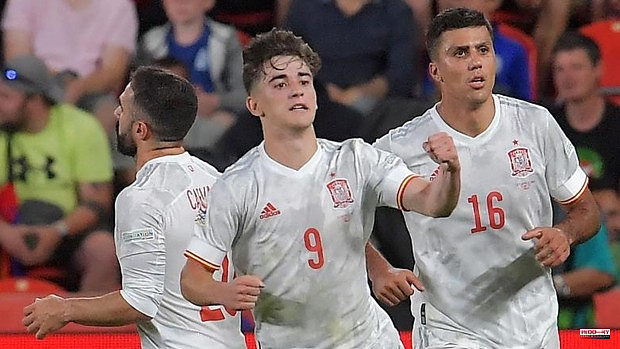 The chroniclers and historians of the national team were looking for a first half of Spain as bland and unproductive as the one he gave away at the Sinobo Stadium, when Gavi appeared to change the course of events again. The azulgrana, the undisputed protagonist in the Nations League debut against Portugal, once again threw the team on his back at a particularly delicate moment with a precise shot that pulled Spain out of a hole. The equalizer was the first he had scored with the national team shirt, eight games after his debut, and immediately made him the youngest scorer in the history of the national team (17 years and 304 days), surpassing by just seven days the record of his friend Ansu Fati.

Last year he was the youngest to debut, breaking Ángel Zubieta's record of 85 years.

"Gavi has a goal, you'll see," warned Luis Enrique last week, converted into a fortune teller, recalling the catalog of virtues that adorn his still-adolescent player. The truth is that the Sevillian has not yet exploited that facet. Nor at his club, where he managed just two goals in 34 games last season. The first as a professional was done to Elche, in December of last year. The second came shortly after against Simeone's Atlético. He achieved both goals at the Camp Nou. "He will continue to score goals," assured the Asturian coach after the game, increasingly convinced of the possibilities that the player offers his team.

Until then, Spain's punch was ridiculous. A faulty shot from Sarabia to nowhere and a meek header from Eric García at the hands of Vaclik was all that could be scored.

Gavi's goal did not make up for the fiasco of the original offensive plan established by Luis Enrique, with Raúl de Tomás nine and the wings for Dani Olmo and Pablo Sarabia. This, one of the three that repeated in the eleven with respect to the day of Portugal, changed band in Prague to occupy the right.

The lack of inspiration of the three caused that none of them exceeded the hour of play. Sarabia went into the break for Ferran. Olmo and RDT withdrew a quarter of an hour later to bring on Morata and Marco Asensio, who only took a minute to team up for the first time in a play that ended with a shot at the post by the madridista.

The novelty of Luis Enrique was to place Asensio on the left side during a good stretch of the match. The experiment, despite the defeat, did not work badly, with assistance included. The attitude of the footballer also collaborated, perhaps one of the most surprised to see himself hooked back to the national team train 19 months after his last appearance despite his weak season at his club. 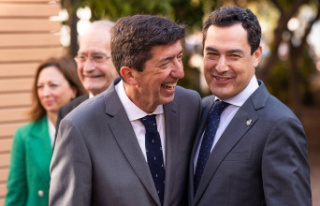 To prepare for the debate at six, candidates paralyse...