Freixa threatens Laporta: "This Assembly can be challenged"

Joan Laporta is working tirelessly to redirect Barcelona's delicate financial situation, a reason that prevents him from complying with LaLiga's financial fair play and duly reinforcing himself for this coming season. 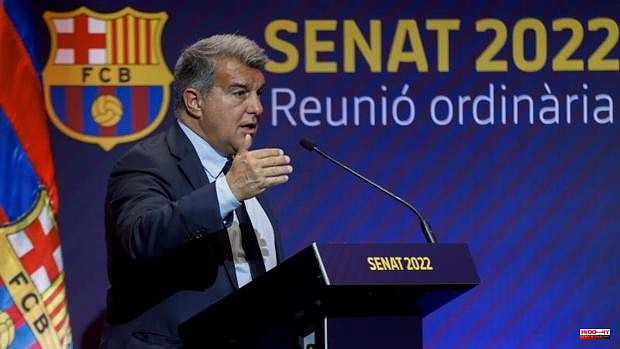 Joan Laporta is working tirelessly to redirect Barcelona's delicate financial situation, a reason that prevents him from complying with LaLiga's financial fair play and duly reinforcing himself for this coming season. He has managed to get the captains to show their willingness to adjust their salary and lower the burdensome wage bill of the squad, but he needs more income and less expenses. The famous levers that he wants to activate to correct the battered economy of the entity are put to a vote today in a controversial Assembly in which the member must give the go-ahead without having excessive data. The president must battle to win the support of the partner, historically inclined to go to court whenever he disagrees with a decision made by the board of directors.

It is the endemic evil of the club, which is now experiencing the last chapter after the president has convened an extraordinary Assembly of delegates to approve the sale of 49.9 percent of BLM (a company that exploits the business of mass marketing of products from the Barça) and 25 percent of the television rights corresponding to the League. The controversy does not arise from the decision to sell these assets, but from the fact that there is no more information. Explains Toni Freixa, former candidate and manager in the directives of Laporta, Rosell and Bartomeu: «I am in favor of the Assembly deciding what is best for the club, but to decide things information is needed. What I see is that they draw us a very bad scenario that the club has, which is true. And with this argument we have to vote on what they propose to us because if not, we will not be saved. The Board is putting the partner in a limit situation... But they have to explain it. Not what we will do, but who will we sell it to? At what price? How long? If we have the chance to recover it? What impact will it have on the operating account for the coming seasons? do you have a business plan? They are asking us for an act of faith.”

Many partners have shown their dissatisfaction with the lack of information on social networks. Freixa warns in conversation with ABC the possibility that the agreements adopted are debatable and end up in court. “There are reasons to challenge. The mere fact that the Assembly is held electronically is already a reason for challenge, because the article was introduced to do so in times of pandemic. Now it doesn't make sense. It is good that those who cannot attend enter telematically but do not prevent those who can attend from doing so, "says Freixa. The lawyer adds: «The Assemblies are for joint deliberation as a government body, not for you to ask questions in advance two days before. If you haven't explained anything to me, what do you want me to ask you about?

It would not be the first time that the culé partner has brought decisions of the Board to trial (Jordi Casas denounced the signing of Neymar and caused the resignation of Rosell, and Núñez, Laporta and Bartomeu have suffered motions of censure). Jordi Majó, candidate in 2003 and pre-candidate in 2015, has a contrary opinion, but with nuances. “We are very bummed out financially. So whatever it is, I would vote yes. There is no other remedy, but I don't think it should be an Assembly to blindly approve everything, but rather they should explain it in detail and that is what I hope they will do.

1 Passion in Madrid for chess and the Candidates tournament,... 2 Dani Alves will not continue at Barça 3 The Club Association asks the Federation to recover... 4 The Rolex Giraglia fleet left Saint Tropez for Genoa 5 No wind at the Xacobeo 6mR Worlds 6 Hand in hand between «Region Bretagne – CMB» and... 7 Dior chooses Seville to present its Cruise 2023 collection 8 Alonso del Yerro: feeling that life is a breath 9 Iván Cerdeño: an essential restaurant 10 A Geria wine to commemorate the centenary of Saramago 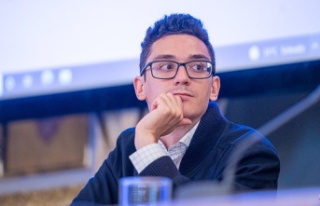 Passion in Madrid for chess and the Candidates tournament,...