During the weekend, the IX San Pedro Light Sailing Trophy of the RCAR was held in the waters of Gijón, in which the classes: Snipe, RS Feva, ILCA 6, ILCA 4 and Optimist participated. 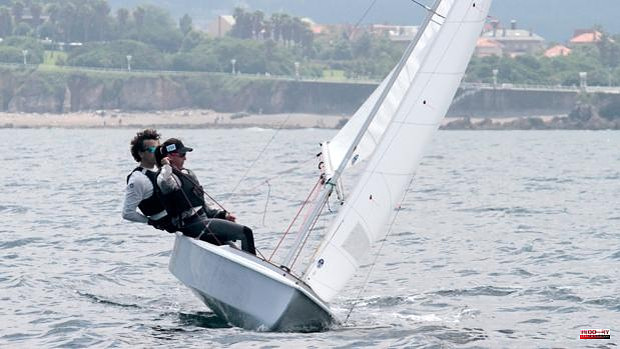 During the weekend, the IX San Pedro Light Sailing Trophy of the RCAR was held in the waters of Gijón, in which the classes: Snipe, RS Feva, ILCA 6, ILCA 4 and Optimist participated.

On Saturday, due to a light and unstable wind, only the Snipes and the ILCA 6 barely completed the two tasks scheduled for the day. Optimist, ILCA 4 and RS Feva could only finish one test. On Sunday the conditions improved with all classes disputing the two scheduled races.

In the Snipe class, the tandem formed by Fran Palacio and Ángela Pumariega, who sometimes sail together in Gijón, were the best in the fleet, winning three of the four races and finishing second in the third race.

For their part, José Palacio and Pablo López occupied second place, with a first in their locker, followed by Carlos Ordoñez and Leticia Pelayo, with two second and two third places.

Covadonga Fernández and Carmen Simal in the RS Feva class, revalidate the title, since they won the three disputed races. Marta Suárez and Alfonso Fernández occupied the second place, they finished in second position in the three races, the third position went to Rodrigo Llanes and Carlos Fernández.

In ILCA 6, Fernando Alonso did not give his rivals options, he completed the Trophy with a full number of victories showing great superiority, crossing the finish line very prominently. Jesús Manuel Martínez finished second in the table, level on points with third-placed José Rábano.

The ILCA 4, who completed 2 sets, the victory went to Julio Riba, followed by Marina Menéndez and Héctor García.

Finally, among the Optimists, Gonzalo Jaudenes, winner in the last edition, with two first and fourth places, was once again the best, Álvaro Alonso would be just one point behind, with a first in the last of the three heats held. Aida Marqués closed the places of honor with two third and one second place.

1 The Warriors even the series in a Curry recital 2 At Normandy D-Day celebrations, crowds pay tribute... 3 Latest Bangladeshi safety news: Depot fire 4 Alec John Such, bassist and founding member of Bon... 5 Two arrested for trafficking cocaine in an apartment... 6 The Local Police seizes in León several white weapons... 7 This is how pensions rise in Europe: life expectancy... 8 Competitions increased by 7.9% in the first quarter... 9 Female voices in the contemporary crypto debate 10 Canada fund invests $5B in DP World's Dubai base... 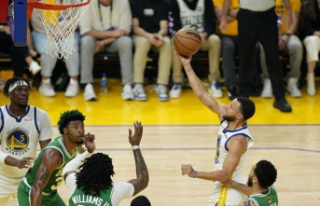 The Warriors even the series in a Curry recital