After the fainting in the test on Wednesday came another 'hard blow' for the synchro swimmer, Anita Álvarez. 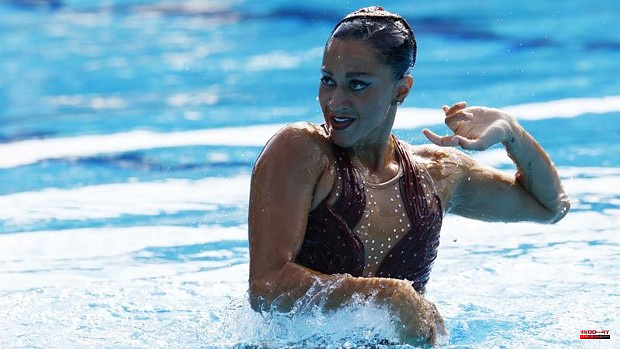 After the fainting in the test on Wednesday came another 'hard blow' for the synchro swimmer, Anita Álvarez. The International Swimming Federation has banned him from competing in today's final with the American team. Despite the discharge from the doctors of the American delegation, the athlete did not obtain permission from the head of the World Cup services, Bela Merkely, to participate in the final team test: "This sport is probably not for her," she declared in Hungarian media after assessing the situation.

Anita Álvarez is the swimmer of the moment, not because of gold or silver medals, but because of the scare she gave during the World Swimming Championships final. The American, with Mexican origins, marked the moment of greatest drama in Budapest.

The fainting that he suffered during the execution of the exercise and the rescue of his coach, Andrea Fuentes, went around the world.

Anita is a 25-year-old artistic swimmer who has the sport in her blood; her mother also competed in this discipline, although at the university level, while her father was a coach. In addition to her, her maternal grandfather became an Olympic ice hockey referee. The young swimmer was born in Kenmore, in the State of New York, in December 1996 and her beginnings were at her swim club in Buffalo. The first to direct her steps in the water was her own mother.

Then he made the jump to the 'US Performance Academy'. This World Cup in Budapest is the fourth of his career. In 2014 he was a junior finalist and as an absolute player he participated in Kazan 2015, Budapest 2017 and Gwangju 2019. His growth allowed him to participate in the Rio 2016 Olympic Games (where he got a ninth place in duo) and Tokyo 2020 (he was in 13th place ).﻿ Anita was also named America's Athlete of the Year in 2016 and 2019.

It is not the first time that the swimmer has suffered this unpleasant experience, as her coach, Andrea Fuentes, told this newspaper: "It is more frequent than people think." Last year something similar happened to her in Barcelona. In June, during the qualifying trials for the Tokyo Olympics, Anita fainted in similar circumstances to the other day. She that time she was also rescued by the Spanish coach.

Anita and Fuentes agreed with the version that these episodes are common in this sport, the only thing that "surprised the world" was seeing it in international competitions, where they are usually already prepared. There are many circumstances that can affect this kind of incident. This year, for example, has been marked by injuries for the swimmer: "I broke my foot in February, they operated on me in March and in May I returned to compete for the World Cup," she declared after fainting. The connection between her and her coach is very strong, it was strengthened especially after these episodes: "She wants us to be better human beings," said the athlete.

1 The war continues over the failed bid for the 2030... 2 Cilic, Auger-Aliassime and Tsitsipas, on the way from... 3 This is how inflation affects the Formula 1 World... 4 "The atmosphere at Real Madrid is neither professional... 5 Paolo Banchero, Italian surprise for number one in... 6 The collection of a Spanish champion to be able to... 7 Alcaraz, with little margin against Wimbledon 8 Champions Gambit: deciphering the chess format that... 9 Anti-sheikhs clause and double salary: Rodrygo's... 10 The first League split in two 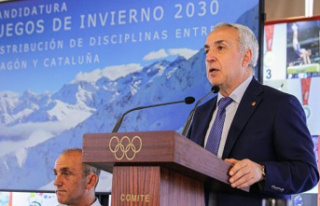