Verstappen's blow and blow on the table of Red Bull in the World Cup, based on the victory of the Dutchman, accompanied on the podium by Checo Pérez (third double of the season) and combined with the disaster at Ferrari. 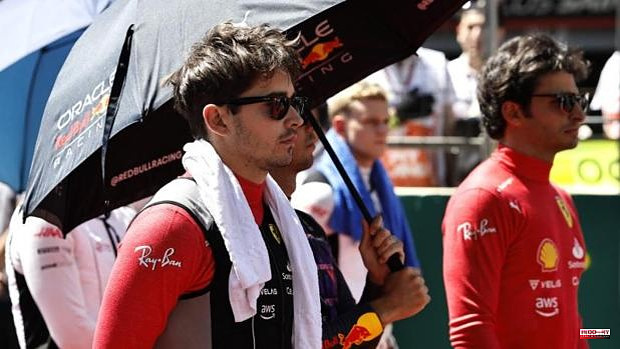 Verstappen's blow and blow on the table of Red Bull in the World Cup, based on the victory of the Dutchman, accompanied on the podium by Checo Pérez (third double of the season) and combined with the disaster at Ferrari. Two reliability problems caused the abandonment of Carlos Sainz due to an error in the distribution of braking and Charles Leclerc when the engine broke. Verstappen distances himself in the standings after eight races played (14 remain to be held) and Pérez overtakes Leclerc in the general classification, who adds his second zero of the season after the one harvested in Montmeló. George Russell completed the box giving third place to Mercedes, with Hamilton fourth. Fernando Alonso finished seventh.

Excellent start from Checo Pérez, who overtook Charles Leclerc as soon as the lights went out.

The Monegasque squandered his fourth consecutive pole position at the first opportunity and confirmed the excellent moment in the form of the Mexican who, in addition, was marking slight distances with his pursuers. All the drivers in the front zone started with medium tires, discarding the soft ones and leaving a two-stop strategy in the air. The Red Bulls and the Ferraris alternated, with Sainz behind Verstappen. Alonso maintained his fourth position, after four laps the DRS zone was activated and Leclerc began to suffer, noticing Verstappen's encouragement behind him. The Dutchman stuck to the Ferrari, starting a fight that favored Pérez. A long fight was expected and the Monegasque defended himself like a cat on his belly, hurrying up braking and scratching tenths to avoid hunting the Red Bull.

Carlos Sainz predicted that "things are going to happen" and was optimistic before the race: "If I feel good I will go on the attack and go for victory." But an error in the distribution of braking ruined his race on lap nine, when he had to leave the car parked in a loophole. Virtual safety car that allowed Ferrari to opt for an aggressive strategy. Leclerc came in to change his tires and mount the hard tire, although the stop was bad. Very bad (5.4 seconds). Fernando Alonso decided not to stop and placed fifth. The two Red Bulls took the lead but Leclerc was much faster and was getting closer. Pérez was running out of wheels and allowed himself to be overtaken by Verstappen, with much more pace. Bleeding of time for the Mexican, who began to sense Leclerc in the rear-view mirror and had to enter the pits to change his wheels. Bad save, although he was able to start third, behind Leclerc and ahead of Russell. There were 31 laps to go.

With the entry of Verstappen to put hard, the first four drivers had already made a stop and Leclerc was leading the race, followed by the two Red Bull. Alonso fell to sixteenth place after putting on hard tires. And then Leclerc broke the engine. Double retirement for Ferrari in what have been two reliability problems. Mattia Binotto's face of circumstances while his pilot got out of the car. Instead, Mercedes, with Russell provisionally on the podium, saw the possibility of extracting oil when he was out of all pools. There was half a race to go and Red Bull's one-two seemed like a given. If there were four cars that could win in Baku, two were already out. So Verstappen and Pérez went into savings mode, minimizing risks.

Problems for Magnussen with 17 laps to go, who broke down his car. With the Haas stationary on the track, race management determined the entry of a virtual safety car, which allowed several drivers to enter to change their tires. The two Red Bulls did it, with a lot of margin. Alonso, eighth, studied the movements of Tsunoda, Hamilton and Vettel, all ahead, although behind him he had the two McLarens with new tires. Tsunoda, who lost half a wing, entered the pits and allowed Alonso to move up one position. He waned the emotion in the last laps, except for the duel between Gasly and Hamilton for fourth place. He harassed the British to the Alpha Tauri of the French. There were seven laps to go, too many for Gasly to contain the seven-time world champion. Hamilton unceremoniously overtook him. Meanwhile, in the Ferrari box they were already packing all their belongings. Ricciardo and Alonso were also fighting for seventh place, with the Australian attacking, aware that his wheels were better. Stroll retired and there were no more changes in the classification.

1 France holds parliamentary elections in crucial test... 2 A historical abstention higher than 50% can complicate... 3 The champion Great Prospector, the fastest in the... 4 Clamor in Talavera for the burial of the AVE: «We... 5 Seoul: North Korea sends suspected artillery pieces... 6 Seven arrested after a brawl in a subway car on line... 7 The College of Physicians of Toledo recovers its traditional... 8 The legend that places the true origin of the jota... 9 A woman kills her partner and dismembers him with... 10 The 'porpoising' leaves Hamilton crippled:... 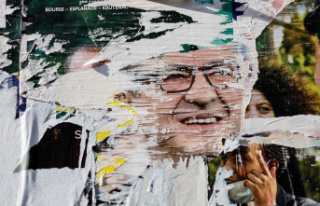