It has been 21 years, three months and eight days since a beardless Fernando Alonso made that comment that denoted the power of his character to his mentor Adrián Campos. 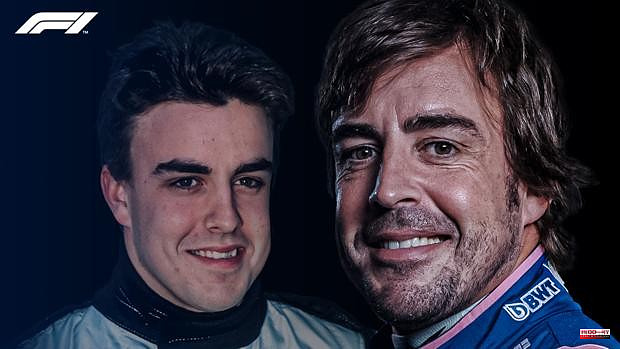 It has been 21 years, three months and eight days since a beardless Fernando Alonso made that comment that denoted the power of his character to his mentor Adrián Campos. "Adri, it's going to be hard to be the boss here." He said it as soon as he started driving that Minardi PS01 in black tones that was the Cinderella of the grid, a usual springboard car for the Spaniards who wanted to make a career in Formula, Adrián Campos himself, Luis Pérez Sala and in the spring of 21 years ago , that distant March 4, 2021, Fernando Alonso.

A legend, like Michael Schumacher, has been left behind in the Formula 1 record table. The German, now prostrate and invisible due to the aftermath of the ski accident in 2013, spent 21 years and three months since he debuted with the Jordan/ Benetton in 1991 until it retired with the Mercedes in 2012.

Seven championship titles mark the career of Schumacher, who now has his son in F1 driving for Haas.

Alonso, who will turn 41 on July 29, is the owner of impressive numbers in his dedication to this sport. He started in 2001, retired in November 2018, returned in March 2021 and is still there, with his dream of winning a third title that crowns an undisputed career.

Champion in 2005 and 2006 with that unforgettable blue Renault that Flavio Briatore commanded from the direction, Alonso now competes from a plane that does not correspond to his hierarchy, although the figures remain. He has raced 342 grand prix (the last one, this Sunday in Baku), has been active for 19 seasons, has had 17 teammates, has worked for five manufacturers, has used engines from five brands, has driven 20 single-seater models, and He has achieved 32 wins, 22 pole positions, 23 fastest laps, 98 podiums and 1996 points. He has led the F1 Grands Prix for 1,769 laps.

All these data reflect the authority of a driver who has become an F1 legend, who has been the idol of most of the drivers currently occupying the grid of this sport and who has achieved outstanding notoriety as a war veteran.

When Alonso started his career in 2001, some of his current competitors had recently been out of diapers. Verstappen and Leclerc were four years old, Hamilton was an aspiring star as a passenger in Formula Renault and Sebastian Vettel was moving in the world of karts.

Carlos Sainz was an eight-year-old boy who fell in love with Alonso's exploits and who met him at the Montmeló circuit when his famous father took him to the Renault motorhome in a 2005 stamp that has remained in the memory. Today Sainz drives for Ferrari because "I became interested in racing because of Fernando", as he has recognized more than a hundred times.

1 Don Felipe asks Madrid lawyers to defend Justice as... 2 The PSOE would win the general elections again although... 3 The nine finalists of the San Clemente literary prize:... 4 Ana Sánchez: «What would have happened to this community... 5 First images of the accused of the murder of Marta... 6 Collboni challenges Iceta to a primary if he wants... 7 The PP will send the Government its proposal to renew... 8 The PP of Madrid transfers the contracts of Ábalos... 9 Tanxugueiras, Xabi Aburruzaga and Septeto Santiaguero... 10 They capture a driver who was traveling at 169 kilometers... 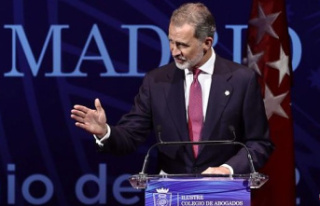