Among the hundreds of voices that have been raised to praise Rafael Nadal's latest feat at Roland Garros, where he won his fourteenth title, one of the most important characters in the Balearic sports career had yet to be heard. 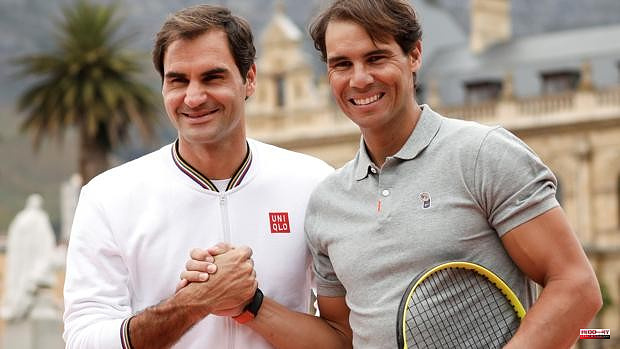 Among the hundreds of voices that have been raised to praise Rafael Nadal's latest feat at Roland Garros, where he won his fourteenth title, one of the most important characters in the Balearic sports career had yet to be heard. His rival and yet his friend Roger Federer.

The Swiss tennis player, who has been away from the courts for a good season due to several operations on his knee and back problems, has not been shy about praising what Nadal has achieved: “What Rafa has achieved is incredible. Pete Sampras' record, which I broke, was 14 Grand Slam titles, and he already has 22."

Federer, who like Djokovic has stayed two Grand Slam titles from Manacor after his triumphs this season in Australia and Paris, admitted to the Zurich newspaper Tages-Anzeiger that he did not believe that the Spaniard could take these figures that far.

«Now Rafa has won Roland Garros 14 times. Is incredible. He makes me very happy that he got it. I take my hat off. He continues to raise the bar. He is gigantic », affirms the Swiss in the interview.

The one who was number one in the ATP, with 103 titles in his showcase, also referred to his long absence from the courts, which he has not stepped on since Wimbledon 2021, acknowledging that he hopes to return throughout this year. “I still have no plans beyond the Laver Cup and Basel. For me it is important to get back in shape and train hard. Once I get that I can choose how many tournaments I play and where.

Federer, who only played six games in 2020 and 12 in 2021 and has fallen to number 50 in the world, therefore aspires to return for the Laver Cup in London (September 23-25) and then the tournament in his hometown, from October 24 to 30.

The ultimate goal of the 41-year-old tennis player is to return to the circuit on a regular basis by 2023. «How, when and to do what I don't know yet. But that would be the idea », he explains. “I myself am curious to see what will happen. But I am hopeful, I have already traveled a part of the way. I'm not far. The next three or four months will be decisive, “estimated the Swiss.

Asked on Saturday by the SRF chain, the world tennis icon explained that in his recovery process he is putting the emphasis "on physical condition", with gym sessions "five or six times a week", but acknowledged that tennis you will have to "wait a bit" yet.

1 Climent won the Cutty Sark Spirit of Adventure Ibiza... 2 NATO chief: Turkey has "legitimate concern"... 3 The patron saint of Salamanca dresses the city for... 4 We speak Spanish protest against the Table of the... 5 Alejandro Cano: "The new ecological flows of... 6 Hundreds of complaints about the poor organization... 7 «Essentia» and «Momo», winners in Sanxenxo 8 A camera breaks all records: it is sold for 14.4 million... 9 Now available the 15% discount on metropolitan transport 10 Toledo celebrates the Virgin of the Star 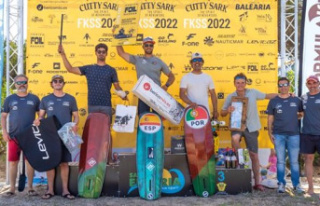