«Essentia» and «Momo», winners in Sanxenxo

Point and end in Sanxenxo to a new edition of the Rey Juan Carlos El Corte Inglés Master Regatta. 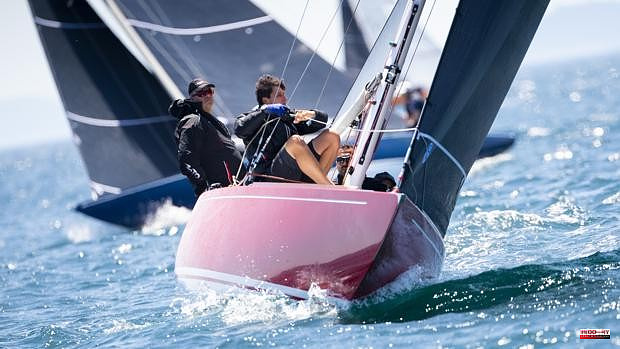 Point and end in Sanxenxo to a new edition of the Rey Juan Carlos El Corte Inglés Master Regatta. After three days of regatta in the Pontevedra estuary with constant changes in the general classification and a very tight podium, it has finally been the Romanian Essentia in Classics and the Swiss Momo in Open who have won the title of a regatta that , in addition to scoring for the 6 Meter Spanish Cup circuit, has served as an important warm-up for the Xacobeo 6mR Worlds.

Today, Sunday, with the start scheduled for 12:30 p.m., the race committee initially proposed a windward-leeward route in the same field where the tests were held on both Friday and Saturday.

As the morning progressed and given the instability of the wind in the estuary, the fleet finally moved to the area in front of Ons, where they were able to comply with the planned test program with north wind conditions of almost 20 knots of intensity .

For the Classics fleet, the seventh edition of the Rey Juan Carlos I El Corte Inglés Master Regatta could not have been more competitive. After a one-on-one between Catalin Trandafir's Essentia and José Cusí's Bribon 500 for practically the entire weekend, a breakage at the beginning of the last race prevented Bribon 500 from fighting for the final victory, which went to hands of the Romanian representative after leading the general classification from the first day of the regatta.

The Trandafir team sealed a perfect weekend with two victories, three second places and a fourth position that becomes their discard, managing to finish what is their second regatta in the 6 Meter class with a three point advantage over the Bribon 500 , who finished second. Behind, the Finnish Astrée III of Ossi Paija completed the podium.

Once on land, the skipper of the Essentia explained that “we are quite new in this class, we started just a few months ago and we have prepared the boat in a very short time. The sensations at the moment are very good, we still have a lot to work on the boat, but without a doubt we have started very well”.

The Swiss Momo prevailed in Open

In the Open division, the entry into play of the discard after completing the six-test program was definitive for the final podium. The Swiss Momo skippered by Dieter Schoen went from less to more during the first two days of regatta until today, Sunday, with a fourth and a sixth scored, he won the King Juan Carlos I El Corte Inglés Master Regatta.

“It has been a very good regatta and we have enjoyed it a lot”, the winning skipper began by affirming. “We are sure that we can be among the first boats [in the World Cup], but it is still difficult to be certain because there are still some teams that have not sailed. Stella, for example, is very fast downwind and there are very strong boats”.

The truth is that Dieter Schoen's team won with an advantage, achieving a distance of six points over the second classified, the Portuguese Scoundrel One of John Harald, and seven over the Stella of the owner Violeta Álvarez, who closed the regatta scoring the last partial victory at stake. Good day also for North American Jane Ann of Karl-Gustav Pihl, winner of today's first heat and third in the final test.

The students of the National Adapted Sailing Center of the Real Club Náutico de Sanxenxo took to the water again today to complete three tests in front of the facilities of the club from Pontevedra. With five partial victories and five points accumulated in their locker, Irene Martínez-Almeida's team became the winner of the Rey Juan Carlos El Corte Inglés Master Regatta this Sunday. It was followed in the classification by the boat skippered by Pablo Paz in second position, those of Mencía Casas in third place and the team of Rafael Martínez-Almeida in fourth position.

After a new edition of the Rey Juan Carlos I El Corte Inglés Master Regatta, the fleet is already preparing to start the great event of the year: the Xacobeo 6mR Worlds. Tomorrow, Monday, will be the day for the registration, measurement and opening ceremony, and on Tuesday, starting at 1:00 p.m., the first honk will be heard for the 40 teams of fifteen nationalities that will play for the world title.

1 A camera breaks all records: it is sold for 14.4 million... 2 Now available the 15% discount on metropolitan transport 3 Toledo celebrates the Virgin of the Star 4 The Valladolid Book Fair lowers the blind successfully... 5 Top hobby, team in the pit 6 Spain - Czech Republic live: Luis Enrique makes nine... 7 The heat wave will keep temperatures elevated at least... 8 The young man drowned in Navacerrada did not know... 9 A man dies in an accident in Cobreros (Zamora) and... 10 Fallin' Ángels at the InterContinental hotel:... 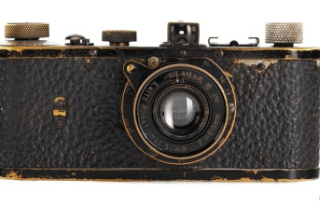